Until web content can be beamed directly into our brains, we'll need screens - the bigger, the better. The 6.39" screen of the Xiaomi Mi Mix 3 is certainly pretty big, almost as big as the original. But size isn't the only thing that makes it "good".

Bezels are just dead space, so efficient design demands that they be covered with screen. The original Mix got 3/4 of the way there, now the fourth model in the series slimmed down the one remaining bezel - the bottom one. The engineers managed to shave 4.46mm off the recent Mi Mix 2S model. 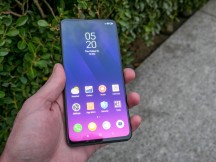 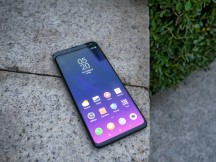 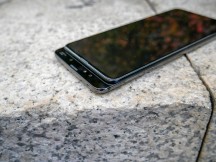 Xiaomi is forging its own path with this one, not following Apple's lead towards notched designs nor adopting Oppo/vivos pop-up mechanisms. This is a manual slider and, besides solving the question of where to put the selfie camera, it enables a tactile interaction with the phone that just feels so satisfying.

The end result is 93.4% screen to body ratio (that's the official number), a hard won improvement over the 91.3% of the original (we had issues with that number, but the new phone seems to be right on the money).

Beside excelling in the screen department, the Mi Mix 3 has a flagship camera as well. It has dual cameras on its front and back and Xiaomi claims its one of the best mobile cameras on the market (with numbers to back it up).

Xiaomi has established itself as a leader in the value market, but it can also build some of the best flagships - the Mi Mix 3 has no peers.

By the way, you may have seen Xiaomi's teasers for 10GB RAM and 5G networking. Those will be available next year and only on the Palace Museum Edition. The focus today is on the regular Mix, which has plenty going for it as well.

Note: we're holding a pre-release unit, so some things don't quite work yet (in particular, we'll be skipping over the benchmarks for now).

i have one, it is really a great phone, why there is no full review ??

i Love This Mobile