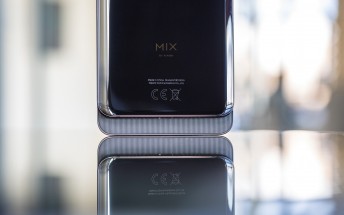 Xiaomi's Mi Mix 3 5G is one of the first 5G capable devices to hit carriers in Europe left and right, and clearly its successor is already in the works. In fact, the upcoming Mi Mix 4 5G may have already been certified by China's Ministry of Industry and Information Technology (MIIT).

A new Xiaomi handset, with the model number M1908F1XE, has been spotted on the MIIT website. It has 5G connectivity. While the listing doesn't call out the fact that it's the Mi Mix 4 5G in any way, Xiaomi CEO Lei Jun has previously revealed that a new 5G device is coming in the second half of the year. And since a new Mix series handset has always been announced in the second half, it stands to reason that this could be a variant of the next one in that line.

Additionally, because of the costs involved, 5G is limited to high-end smartphones at the moment, so there aren't a lot of other plausible options for Xiaomi in this case. The Mi 9 was introduced this year but if that were to have a 5G model we assume it would already be announced. It's also possible that this phone, Mi Mix 4 or not, will use Qualcomm's new Snapdragon 855+ SoC.

Xiaomi Mi A3 in for review

Xiaomi patents a slider with four cameras on the back

I bet you still don't understand why people want a camera integrated in their phones. It's the same reason why they don't want external speakers, despite all arguments of that solution being "better".

BT speaker is another device do carry. Not very convenient, if you want to use your phone to play games outside. For me stereo speakers aren't important at all, 'cos I find headphones (earbuds) much better. Small enough to be held in a trousers'...

I don't understand people who need stereo speakers on the phone. With 50$ i get a bluetooth speaker wich will give me more power and clarity then any phone can give, no matter the price.