The Mi Note 10 was the first phone to be announced with a 108MP camera, back in November of last year. Nearly 6 months later, Xiaomi put out a Lite version, and that one is here with us for review.

The Mi Note 10 Lite shares the vast majority of its components with the non-Lite - the chipset is the same midrange Snapdragon 730G, the 6.47 AMOLED display is here too, the battery is the same capacity at 5,260mAh. So where's the Lite-ness coming from?

Almost exclusively the camera system. And it's a whole bunch of downgrades, too. The Mi Note 10 Lite swaps out that standout 108MP module for a more modest 64MP one while the 20MP ultra-wide has been replaced with an 8MP module. The telephotos are gone - both of them, so there's no telephoto camera on the Lite. The stripped down phone does have two more cameras, a 2MP macro and a 5MP depth sensor, but we're hardly fans of those. 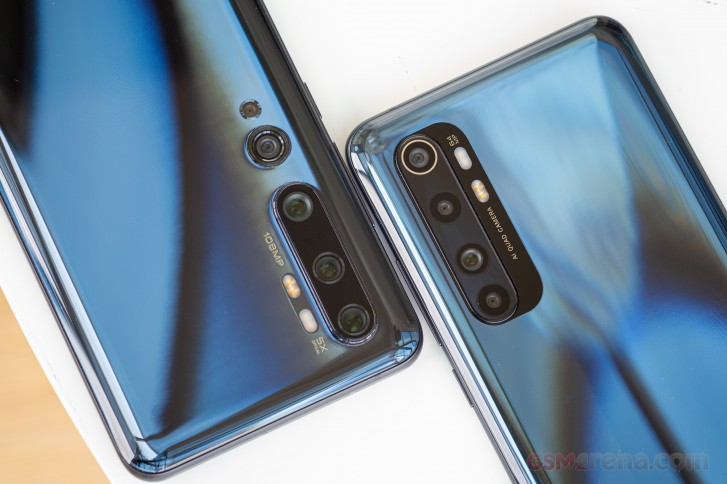 Over on the front, another camera substitution awaits - the 32MP selfie shooter of the Note 10 has been replaced with a 16MP one.

And that's really it. Looking at the specsheet, the Mi Note 10 Lite is effectively a Mi Note 10 for those who don't put such a strong emphasis on photography, but who can appreciate a competent midrange package at a lower price point than what all those cameras mandated on the non-Lite. Here's that specsheet before we move on.

The Mi Note 10 Lite ships in the exact same black cardboard box as the non-Lite. A few cosmetic differences can be spotted - the '10' is much bolder now, and there's a cheeky text on the side that we've seen on a few other recent Xiaomi boxes, likely a jab at Huawei - 'with easy access to the Google apps you use most'. 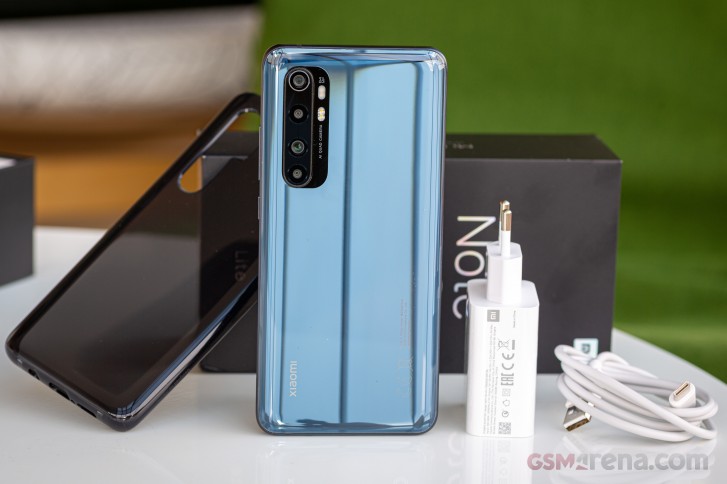 Anyway, inside the box you'll find a 30W charging brick that can happily saturate the phone's power input capabilities - as in, there's none of that 'phone supports 30W charging, here's an 18W adapter' nonsense, we've seen on occasion. A USB-A-to-C cable is also supplied. The Mi Note 10 Lite has a 3.5mm jack natively (yay!), so no adapter is needed for that and there isn't one bundled.

Finally, there's a smoked transparent silicone protective case in the box as well.

How come a "lite" phone is this much premium.??

This is a pricy phone for what it offers but it feels so damn high quality. It is an underrated unknown phone. I like getting new phones regularely but I am struggling to find one that outmatch this one at a similar price (either no aptX, no AUX or...