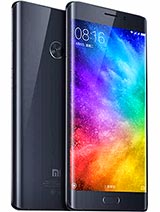 One of the most dependable phone ive used it since 2017 but all work so well until now, without lag and everything the downside only the camera, this phone way better than my previous lg g3 that only last for 1 year!!

Habib, 17 Oct 2019Hello Hakim, Is your phone is still availavle? Ya but my Lcd is broken so i have to repair but accidentaly i moved to use redmi.note 8 hahaha

Excuse me, I'm having a little trouble with my phone. It's been running well for almost 2 years now. Recently, i the touchscreen became non responding randomly(in about few minutes interval). At first it was very minor(turning off then on immediately works) but now it isn't anymore. It only works again after i left for while, even i struggled a bit writing this. I tried using the hardware test and its just ok. While it is not responding everything still works like buttons and the processing in the phone. It doesn't even lag. Anybody ever experienced this or have solution? Thanks

Hakim, 27 Jun 2019Help me guys, my phone just always suddenly restart when i ... moreHello Hakim,
Is your phone is still availavle?

Hakim, 27 Jun 2019Help me guys, my phone just always suddenly restart when i ... moreReplace your battery.

Help me guys, my phone just always suddenly restart when i used apps, i've done for hard reset but it didn't solved these problem help meee, ,:(

Mi Mix 2 & Mi Note 2 are significantly better than Mi Note 3 for gaming, but Mi Note 3 will still be able to manage Medium Graphics of PUBG. Mi Note 3 should be handle High or Medium-High Graphics and Mi Mix 2 should manage High Graphics & above.

2. Heating issue:
This is pretty important. Android Kernel has a "Hotplugging" program that restricts the Chipset's Performance when the temperature reaches a certain point to avoid hardware damage. So even the best Chipset will lag in games if the device has a heating problem.

3. Screen size:
It's not that important, but smaller screen makes work easier for GPU, so sometimes even if a phone has lower Chipset, it can rival or play smoother than another device with a higher Chipset. This knowledge can be helpful if you're on a budget.

Never heard of this phone until now

Bagus dwi, 27 Jun 2018Mi note 2 or redmi 5? Which one better for gaming? And how ... moreI suggest, you choose according to the budget you currently have.
for my performance, I am more likely to choose mi note 2, but surely with the price of devices, accessories, maintenance and service, it is definitely more expensive than choosing a redmi 5 plus a. k.a redmi note 5

Mar, 04 Jul 2018I have used mi note 2 for 10 months, it has been awesome ex... moreI suggest, you take it to the nearest official service place so that it can be handled properly

I had asked some people in Mi Note 2 group who had the same issues. They recommended me to buy the machine and install it by watching YouTube tutorial video. I had re-tried to put it in the rice again for some days and charged the phone again, but still no responds from the phone. Until now, I put my phone in the boxes and I never tried to switch it on again. :(

Mar, 04 Jul 2018I have used mi note 2 for 10 months, it has been awesome ex... moreKeep it in rice longer. Dont charge while wet. Is it working now? Have been weeks since you posted.

I have used mi note 2 for 10 months, it has been awesome except the heating issue and the burnt in led display. Several days ago, I went to vacation and put my phone in a drybag. After half an hour playing in the river, I realized the drybag was leaked. Unfortunately, my phone got soaked in the water. I tried to turn it off as soon as possible. the display screen was already off but the red led lamp was on and it heated so much near the camera. I was so confused because the battery was built in and no way to turn it off. In the end, I was just observing the phone until the led lamp went out while I ejected the sim card. After drying it and putting my phone in grains of rice for 2 days, I tried to turn my phone on and charged it. But it was not responding at all. Any suggestion what I should do next? This phone is a great work. It would be a miracle if this phone could get back to normal

Anonymous, 22 May 2018Note 2 or Mi 6 pls where should i chooseI think you should go with the mi6 not just by having dual cameras, it has a a better processor but sill it really depends if you want a bigger phone or a smaller one. I really recommend going with the asus zenfone 5 or 5z or even the moto g6 if you want to save some money.