Xiaomi unveiled its first ultrabook laptops in India with the Mi NoteBook 14 and Mi NoteBook 14 Horizon Edition. Both come with sleek 14-inch displays, magnesium-aluminum chassis, 10th gen Intel CPUs and pricing which undercuts the established laptop brands in the market. 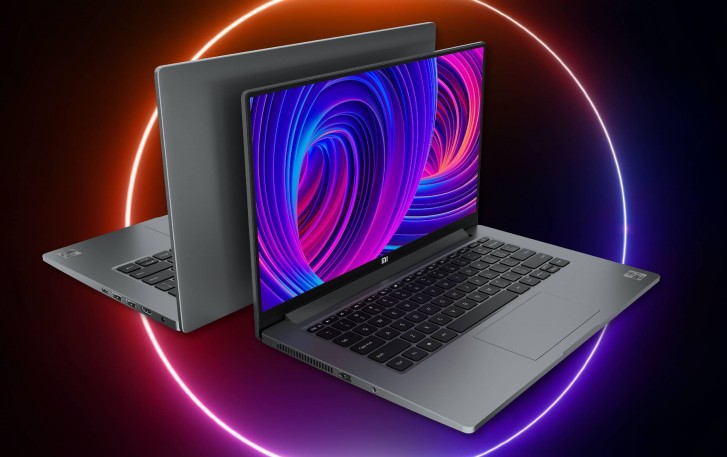 Both Mi NoteBook 14 models come with anti-glare FHD LCD panels with a 16:9 aspect ratio. The Horizon Edition gets slimmer 3mm bezels on the sides and top which give it a 91% screen-to-body ratio. The reduced bezels didn’t leave room for a built-in webcam which is why Xiaomi is bundling its Mi Webcam HD with every Mi NoteBook 14.

The standard Mi NoteBook 14 comes with larger bezels but still retains a compact form-factor weighing at just 1.5kg while the Horizon Edition weighs in at 1.35kg. Both laptops come with bottom firing stereo speakers and a single finger lid opening. 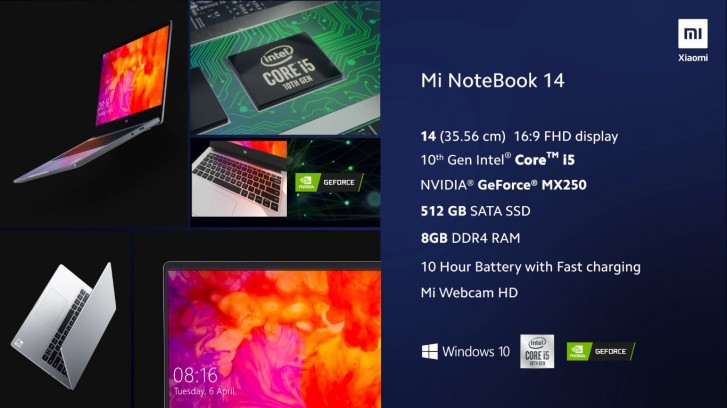 Under the hood, the standard edition comes with a 10th gen Intel core i5-10210U CPU and a choice between Intel’s UHD 620 or Nvidia’s GeForce MX250 GPU. The Horizon Edition also gets a Core i7-10510U option and is paired with the Nvidia GeForce MX350 GPU. Both laptops come with 8GB DDR4 RAM and 256/512GB SATA SSDs with the top-line Horizon also available with a faster NVMe option. 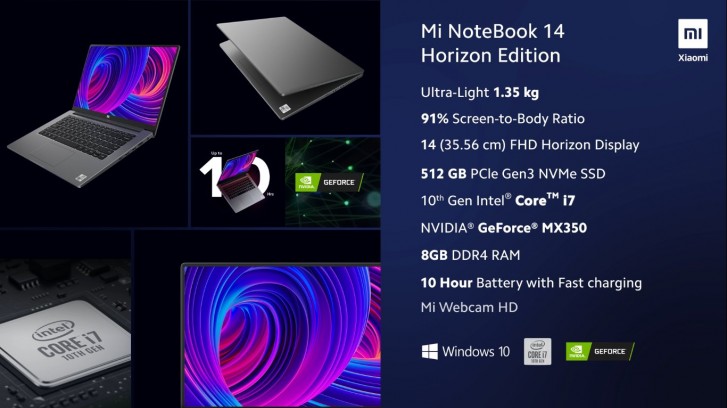 In terms of I/O you get two USB 3.1 ports alongside single USB 2.0, HDMI and Type-C ports. There’s also a headphone jack and a dedicated charging port. The laptops comes with 46Wh batteries rated at 10 hours of usage and 65W chargers which can top up the battery to 50% in just 30 minutes. 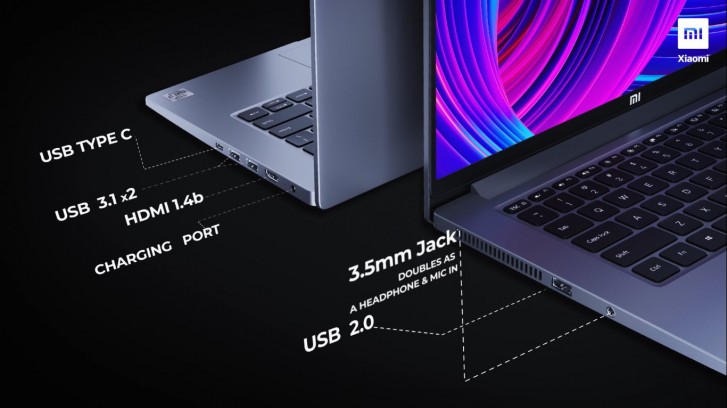 Xiaomi is also bringing its Mi Blaze Unlock which allows users to unlock the laptops from their Mi Band as well as Mi Smart Share for fast file transfers from Xiaomi phones. The Mi NoteBook 14 series come with Windows 10 Home and a free month of Office 365. 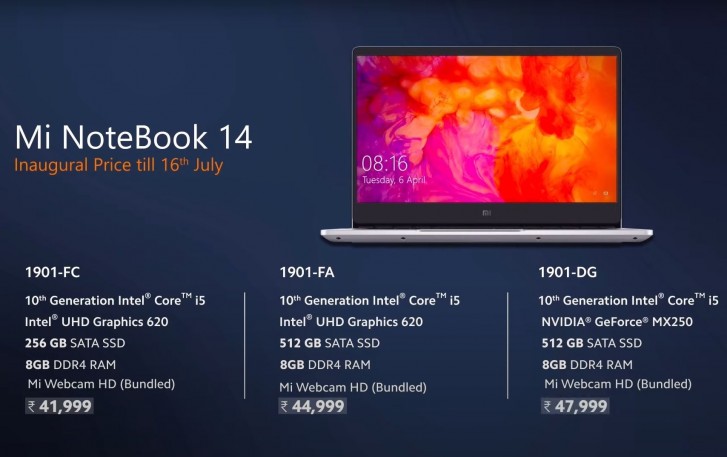 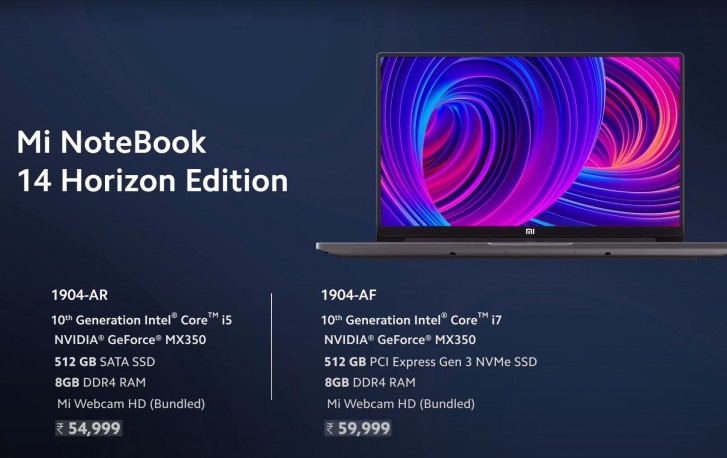 Sales tip-off on June 17 and there is an INR 2,000 cashback incentive for HDFC Bank customers.

Redmi branches out into the laptop business with the RedmiBook 14

Let's put it to a stop. I can see your point though..You won and I lost. Works for you and not so much for me..Carry on..

If I am doing real business and using an integrated sh*tty Webcam, that says a lot about my business. It's like turning up to a business meeting in track pants instead of sharp business attire. Setting up doesn't take any time. Hassle free plug...