Xiaomi official retracts his words about “no Mi Mix 4” 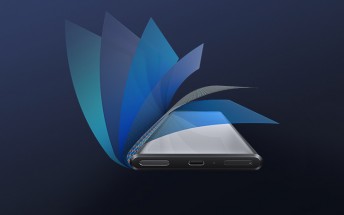 The brand promotion manager of Xiaomi said last week that people should stop asking about an incoming Mi Mix 4 because there is no such phone. Today he cleared that foreign media for misquoting him, what he intended to say was that there was no Mi Mix 4 at the Xiaomi launch.

However, in his post on Weibo, Mr. Edward did not confirm the phone is coming either - he said: “I haven’t said there is no Mi Mix 4 and I am not confirming there is a Mi Mix 4”.

Obviously fans wanted the Mi Mix 4 to be real and filled forums with questions about it. However, it appears the company was not ready for such a response and some of its officials decided to take it to Weibo before being briefed on how to cope with the situation. Since the Mi Mix 4 is still not confirmed, we might not see the device.

However, Xiaomi previously released the Mi Mix 2s in the winter, so there is a slight hope we could see a new Mix device in the next quarter.

the mi mix always tries to be all screen. i guess this year they ran out of ideas to make it all screen.

I'm not the superstitious one. MTK doesn't always make bad chipsets, but the X20 was troublesome indeed.