The Xiaomi Mi 9 will be unveiled on February 20, which means it’s going head to head with the Galaxy S10. To build up hype for the flagship fight, Xiaomi execs have gradually been posting details about the phone.

The latest is a confirmation that the Mi 9 will be powered by a Snapdragon 855 chipset. This is a result of the close collaboration between Xiaomi and Qualcomm thanks to the company’s R&D center in the US, says Xiang Wang, SVP at Xiaomi.

The 1+3+4 CPU core setup in the Snapdragon 855 promises a 45% increase in performance over the 845, the GPU will see a 20% boost. The all-important AI engine is three times faster to boot. The chip will deliver other enhancements too, things like Wi-Fi 6 support and HDR10+ video (4K at 60fps). 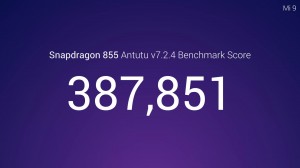 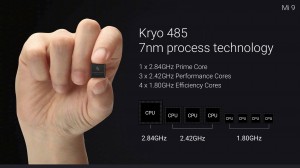 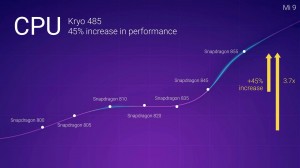 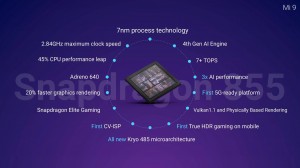 The early Geekbench scores support the claims that the Xiaomi Mi 9 will be tangibly faster than its predecessor. And judging by the AnTuTu score posted by Xiaomi, the gains in performance may be even higher than 45%. Anyway, other official posts about the Mi 9 have revealed its pretty iridescent back and shown off 48MP photos from its triple camera.

Xiaomi Mi 9 leak reveals all of its specs, including 48 MP main camera and 32W fast charging

atleast now lol... will be seeing reaction at time of s11...

flashing rom doesnt change hardware, supported frequencies and networks in china or europe or america or india or etc. is different meaning your phone will lack support for 4g and maybe even 3g or even possibly wont support cellular communicatio...

Agree, those complaining are people came from samsung or apple users. Xiaomi devices are easy to flash. It doesn't matter if you bought with china rom, you can flash it with global as long it is already available.