Xiaomi outs a new teaser; likely for the Mi Note 2

Chinese smartphone manufacturer Xiaomi has outed a new teaser on Weibo (China's Twitter). The image in question just says 2>5 with a caption that translates roughly as "Love it, no one lose." 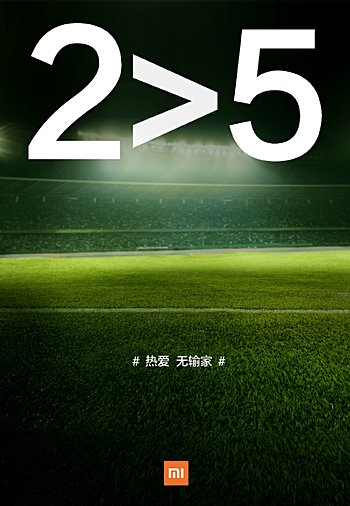 Although it's a bit difficult to pin point exactly which product the company is teasing, the Mi Note 2 seems a likely candidate as it is currently keeping the rumor mill afloat, as well as has the number '2' in its name.

Now, this brings us to the question: what does '5' represent? Given that rumored specs suggest the Mi Note 2 is a flagship device, it's likely that '5' also represents a flagship phone (as both are being compared). Could it be the Mi 5? Well, the possibility can't be ruled out.