The Xiaomi Pad 5 has been introduced first with the Mix 4 in China, and now, it's getting its worldwide debut together with the Xiaomi 11T smartphone series. The Xiaomi Pad 5 (make note of the missing Mi insignia) is a sleek budget tablet with a premium Dolby Vision screen and Dolby Atmos speakers, as well as flagship-grade performance.

The Xiaomi Pad 5 is priced at €349, and yet it has so much to offer. Starting with the 11" 120Hz IPS LCD screen with Dolby Vision and HDR10, continuing with the flagship-grade Snapdragon 860 chip, then we have four large speakers with Dolby Atmos support, one large battery and a capable rear camera. All these niceties are packed within one thin and elegant body, lightweight, too.

The Pad 5 also supports Xiaomi's Smart Pen, sold separately for €99. It is as big as a normal pen, quite solid, and connects to the Pad via Bluetooth. The screen supports 4,096 pressure levels and reads the stylus input with 240Hz sampling. The tablet has a magnetic dock on one of its sides for the pen, which is cool. If you love writing and drawing on your tablet, the Smart Pen (really?) sounds like a must-have accessory though it is unusually expensive on its own.

The Xiaomi Pad 5 has no cellular support - it is Wi-Fi-only and has no card slot. There is no GPS either. Obviously, Xiaomi designed the Pad 5 for multimedia consumption at home and not for the road warriors. its features are perfect for that. If you want more, and you live in Asia, you can get the Pro model with 5G support, 8 speakers, and a high-end dual-camera setup on the back. 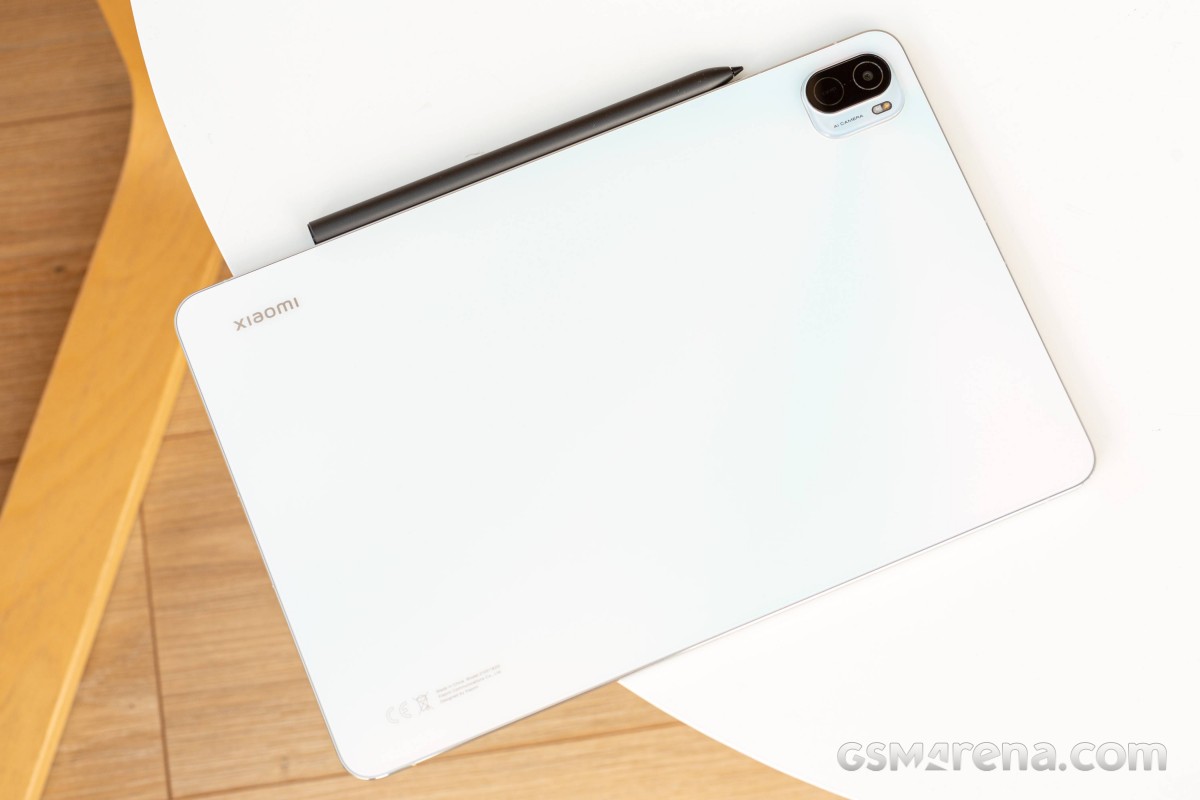 Now, before we pop the Pad 5 out of its box, let's scroll through its specs.

Xiaomi Pad 5 specs at a glance:

The tablet is running on Android 11 with a special tablet-oriented version of MIUI 12.5. There doesn't seem to be tablet-exclusive features, but you can surely turn this thing into a pro-machine with the Smart Pen and the optional magnetic keyboard case.

It would have been much better if Xiaomi had decided on bundling the stylus with the tablet, like Samsung does with its S7 series. We guess the price would have been a bit higher, but we think it would have won even more users.

Another thing that caught our eye is that the Chinese model supports 33W fast charging, but it ships without cable and chargers. The global one seems to be limited to 22.5W though you get such 22.5W adapter and cable in the box. We guess no one can have it perfect, but we will do some tests to explore this charging conundrum in-depth.

Xiaomi Pad 5 ships within a thick white box containing the tablet itself, a 22.5W charger, and a USB cable. There is no stylus or 3.5mm adapter inside. 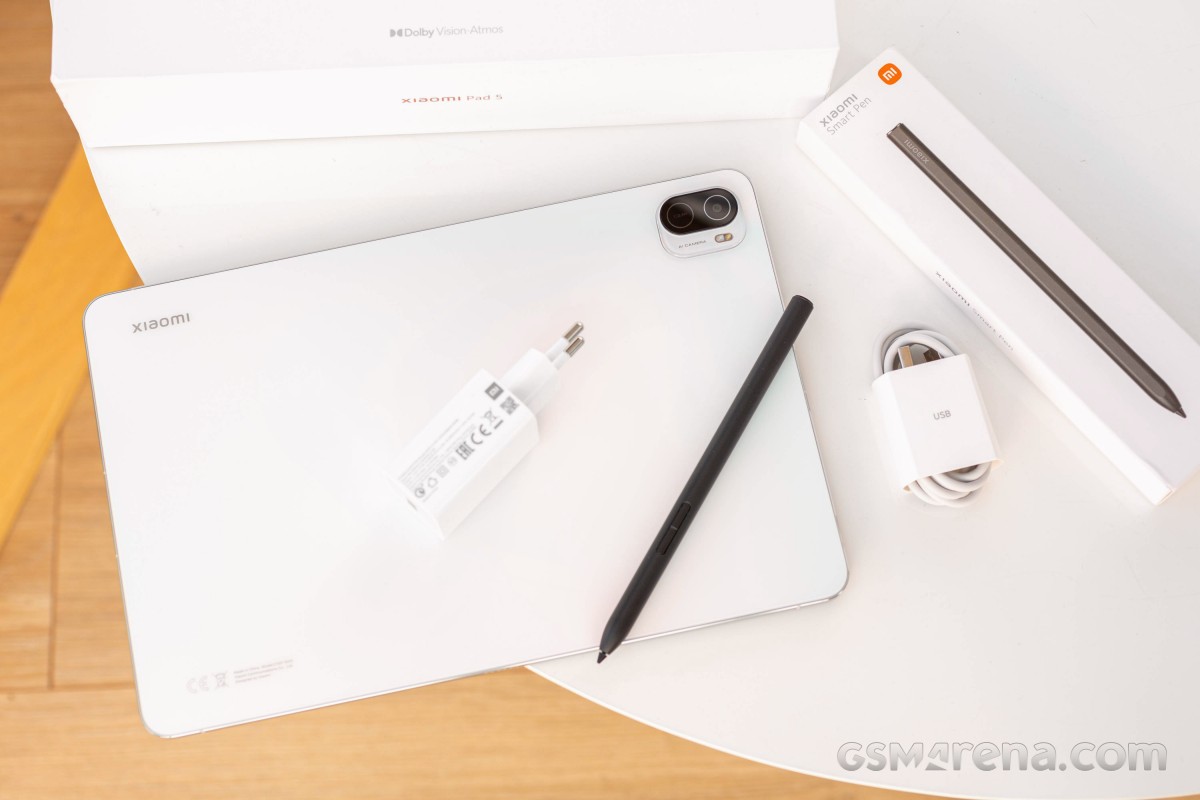 The Chinese model has no accessories but a tiny USB-C to 3.5mm adapter. Go figure!

It is glass on display and matte plastic on back. BE AWARE - it is just GLASS - not gorilla glass or any other tough glass! I printed out tablet stand with 3D printer for it and tablet glass got scratched from it! So - need to buy protective cover/...

I'm planning tot buy this tab, I just have one question if someone could clarify if it have some sort of gorilla glass protection on screen?? Specifications doesn't say that. If it doesn't have Gorilla glass on screen then it's a...