Xiaomi has partnered with Foxconn to start manufacturing smartphones in India. This is part of India's 'Make in India' campaign to manufacture goods in India. 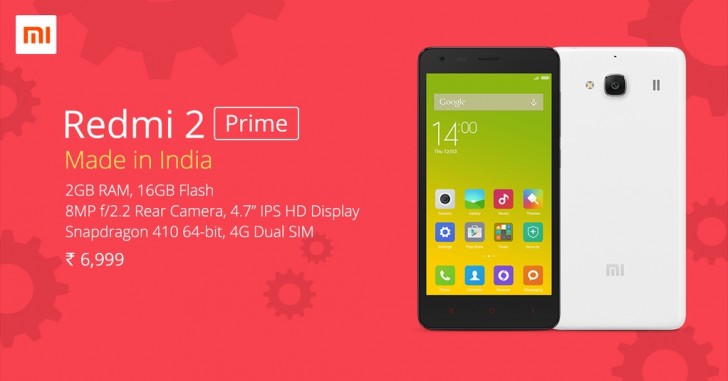 The two have set up a facility in Sri City in the state of Andhra Pradesh. This is the second Xiaomi plant with Foxconn outside China, the first one being in Brazil.

The first phone to roll out of the new facility is the Redmi 2 Prime, which has 2GB RAM and 16GB storage compared to 1GB RAM and 8GB storage on the Redmi 2, with the rest being identical. The phone accidentally appeared ahead of launch earlier on Flipkart and Amazon, only to be pulled down later. The phone will go on sale shortly for Rs. 6,999 ($110) as part of an open sale on Flipkart, Amazon, Snapdeal, and Mi.com.

When do my phone Xiaomi Redmi note prime 4g updates to miui9....I am waiting for it.. plss..

Great futures with small, slim, simple and superb handset. You absolutely buy this gadget with freely.