In late 2019 Xiaomi unveiled the Mi Mix Alpha with a curious design that had a single screen wrap around the front, side and back of the device. Then earlier this year it launched its first foldable, the Mi Mix Fold. What if there was a phone that combined both these designs? Xiaomi has already considered such a possibility and filed a patent on the design last year, though the documents were only made publicly available today.

The device really does look like a mix between the Alpha and the Fold. It is, essentially, an inward folder, except that the secondary screen on the outside is not a separate panel, but instead a portion of the main panel that wraps around the side of one of the folding halves. 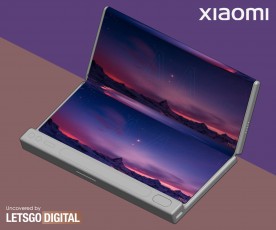 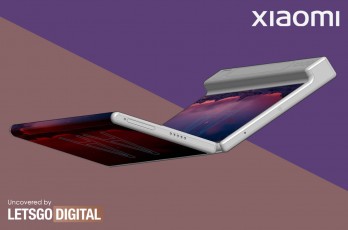 The thicker portion that holds the cameras is reminiscent of the Alpha, which lacked a “front” facing camera – it didn’t need one either as the wraparound display allowed users to shoot selfies with the main camera. “Would have allowed”, anyway, as the phone was canceled before launch.

Xiaomi’s CEO Lei Jun mentioned that the wraparound display is a challenge to manufacture while announcing the phone. With the subsequent cancellation, it’s clear that it really is a major hurdle to overcome. And that was without the added complexity of a folding mechanism. 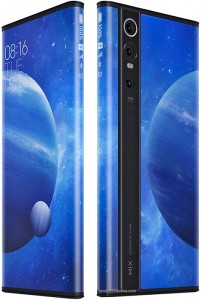 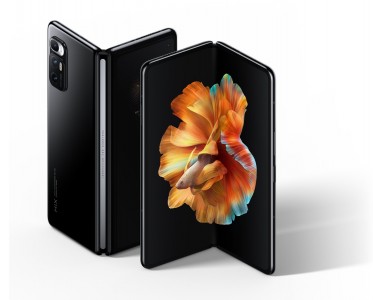 Rumor has it that Xiaomi is preparing to launch a second foldable in Q4 – could this be it? Unlikely, in part because the rumor claimed that the device will have two separate screens, one 120 Hz panel by Samsung and one 90 Hz panel by Visionox. And in part because such a device would be extra difficult to build (and thus more expensive than even current foldables).

Battery with screen that would be the Energizer P18K

Business users could consolidate functions with a device like this and eliminate iPhone + iPad. Too chicken. Most are in bed with Apple.