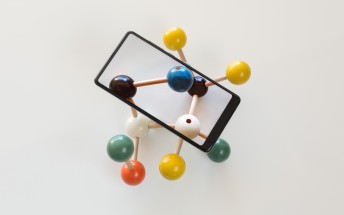 Xiaomi's been quite busy these days. After having filed for an IPO in Hong Kong (the world's biggest offering since 2014, apparently), the company is now getting ready to have its smartphones sold by Three across its pretty big footprint.

To this effect, Xiaomi has formed a global strategic alliance with CK Hutchinson Holdings, the owner of the carriers named Three. Thus, Xiaomi devices will officially be available from Three in Austria, Denmark, Hong Kong, Ireland, Italy, Sweden, and the UK. Additionally, you'll find them in Watson's Fortress, Superdrug, and Kruidvat stores in Hong Kong, Ireland, the UK, and the Netherlands.

We have been watching Xiaomi's success from afar and are impressed with the huge range of connected devices that they currently offer. This partnership provides us with another leading brand in our smartphone range and also opens the door for innovative new connected products that we can provide to Three customers in the future. So watch this space!

This deal also covers "certain preferential arrangements" for smartphones in Denmark, Ireland, and Sweden, but those haven't been detailed yet.

The models available actually in Europe officially have all the features, what i wish is that they'll add to the catalog more models with B20 band in near future.

It costs as much to fix it then to just buy the phone again.

They came to Brazil with only low-end models and they were ignored, unfortunately. I still love this company and it's products, but directly importing from China.