Xiaomi's Poco unveiled the Poco X4 Pro 5G in February, and you can expect the GT model to launch soon since it has bagged NBTC certification.

The Poco X4 GT is listed on the Thai certifying authority's website with model code 22041216G, but it doesn't reveal any specs of the smartphone. 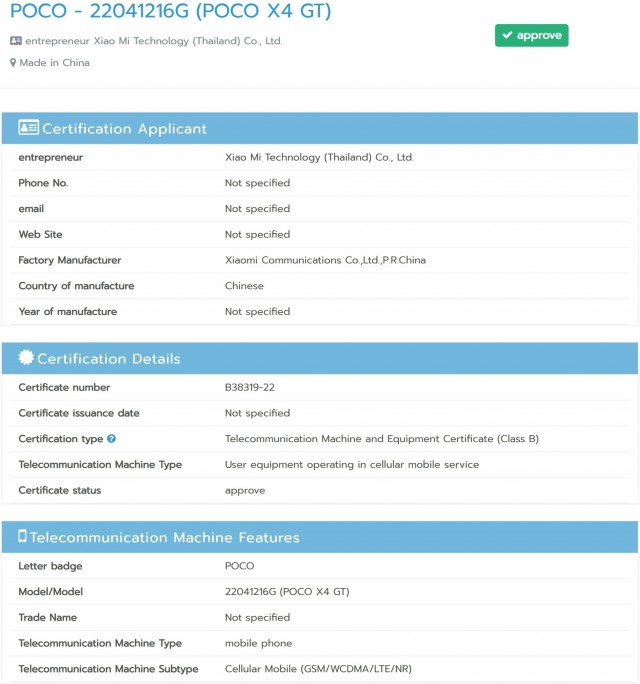 However, if rumors are to be believed, the Poco X4 GT will be a rebranded Redmi Note 11T Pro announced last month in China, which comes with the Dimensity 8100 SoC, 6.6" FullHD+ 144Hz LCD, 64MP triple camera, 16MP selfie camera, and a 5,080 mAh battery with 67W wired charging. 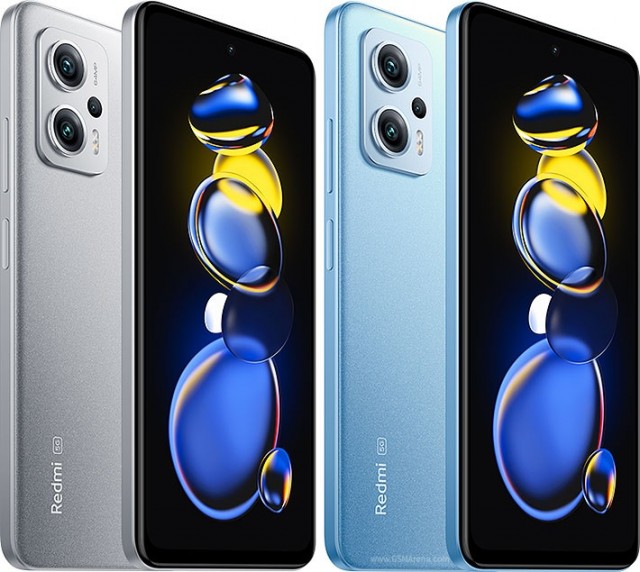 The Redmi Note 11T Pro runs Android 12-based MIUI 13 and has up to 8GB RAM and 256GB storage onboard. It also comes with stereo speakers and a side-mounted fingerprint reader.

You sure only the pro+ gets the displaymate A+ display? Care to back that up with a source?

No more news about the release... Sigh

1. I never said dm8100 is oven like SD chip, it just this phone has less capability to dissipate heat than k50(same dm8100), so if someone expect the same performance as k50 or other dm8100 phone you might disappointed, while other dm8100 phone can h...