The global MIUI 9 rollout continues with Xiaomi Redmi 3s and Xiaomi Redmi 3s Prime getting the Nightly update. The firmware version is MIUI V9.2.2.0.MALMIEK and is 376 MB in size and is based on Android Marshmallow with an April 2017 security patch. 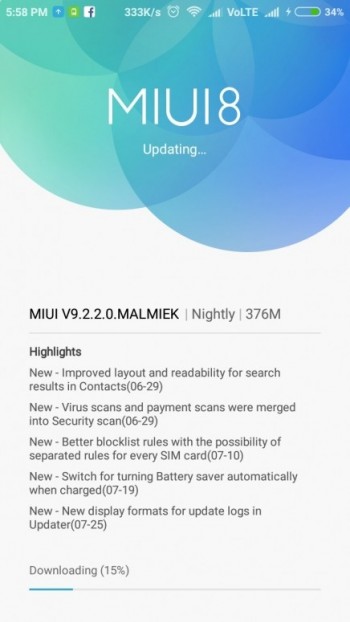 Bear in mind that this is a Nightly build. Xiaomi pushes Stable update to random users and if feedback is going well, the company will roll it out to everybody else.

4-year old Xiaomi Redmi 1s gets MIUI 9, but with a catch

LTE connectivity is very difficult to connect to the internet.

After the update I felt screen looks little bit washed out. Colours are bit dull is anyone experiencing it