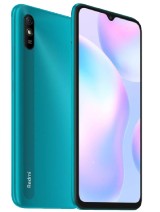 Lol everybody complains about it being a low range phone, but I was playing games just fine on my Alcatel 1 with 1 GB RAM and 8 GB of storage.

how do you insert simcard in to redmi 9AT

Anonymous, 14 Nov 2020It could be Redmi 9B. Why such a strange name??"AT" If you mean AFTER TIME ENDS 😉, then yes... The time has end for this phones before they appear in market 😔 Well for me this is not "STRANGE" IS COULD CHEATING ON MARKET ... MEAN'S ON CONSUMER.

Alex 94, 21 Nov 2020If I go with your logic I can say that normal use is just c... moreI don't know if you're braindead or you can't read but I've already said that it all depends on your definition of "gaming" and I've already explained my point before. If you want to run COD, PUBG, NFS No Limits, Asphalt 9 and other heavy games on this price range then you're simply delusional.

Also, I've mentioned that RAM doesn't matter that much when your CPU/GPU (SoC in this case) is weak. You can throw 12GB of ram on this Helio G25 and your games will still stutter. Have you understood now?

6sxred, 18 Nov 2020Normal use and gaming are two different needs. Normal use c... moreIf I go with your logic I can say that normal use is just calling and messages. That is for what phone rly is. If for u phone is for web browsing and taking pictures, than normal use is gaming to.

What’s the abnormal use?

Aflal, 12 Nov 20202GB ram and 32 GB storage in 2020? No one will buy this pho... moreYou're entitled to your own opinion so speak for your own self. There are plenty of people around the world that will buy this phone and/or any other phone at this price range for (primarily) financial reasons.

Also your analysis makes no sense at all whatsoever. If you're willing to take tons of pictures and videos on a 8MP camera, Download games and dare to game on a Helio G25, and download music while streaming apps like Spotify and Deezer are out there, then you're simply asking way to much for 120€.

Xiaomi knew what they were doing when they decided to release this phone, because they knew which market they wanted to target, and that's not gamers or teenage users that tend to recklessly use their phones for excessive amounts of time. In fact, it doesn't require more than a quarter of a brain to actually see who do they want to sell this phone to just by looking at the specs. I really wonder what went wrong inside your head that made you come up with such a poorly thought analysis.

Alex 94, 17 Nov 2020Normal use also include gaming. As I said, 4gb minimum.Normal use and gaming are two different needs. Normal use consists of browsing the internet, using social media and taking pictures from time to time and may or may not include very lightweight games.

And by “gaming” I'm pretty sure you're not talking about Among Us and Candy Crush.

Also gaming by nowadays' standards requires a better SoC more than it requires RAM unless you're willing to open chrome before starting your gaming session.

Adul Al Salami Kebab, 14 Nov 2020Nah 3GB is fine unless you gonna game on it... Normal use also include gaming. As I said, 4gb minimum.

So whats the difference compared to 9a?

It could be Redmi 9B. Why such a strange name??

Do not buy any super cheap phone! 4 GB RAM and 64 GB internal storage is bare minimum if you want to use for at least 3 years. Android apps will become heavier and heavier these days