The Redmi K30 is coming on December 10 and by now we have a good overall idea what it will bring. The latest teasers from Redmi serve to confirm a few more of its specs.

Redmi posted two teasers on Weibo - one showing that the Redmi K30 will have a side-mounted fingerprint scanner and the other confirms that it will have 5G support on both SA and NSA networks. 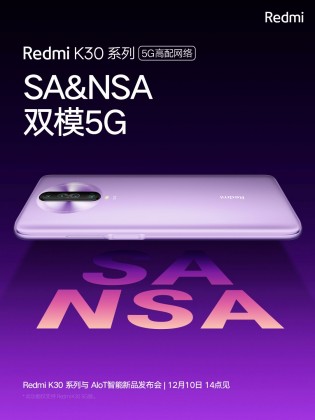 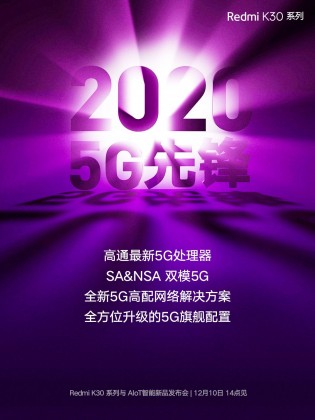 A third poster has appeared and it looks to confirm a Red variant of the upcoming Redmi K30 to come alongside the Lavender we've seen in previous teasers. 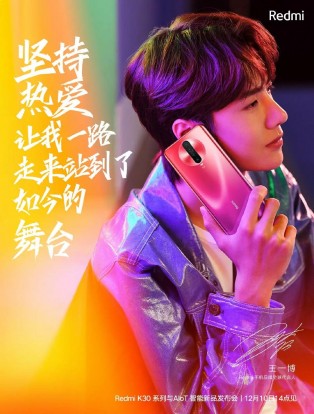 To rehash what we know about the Redmi K30 - it will have a dual-selfie camera built into a pill shaped punch-hole in the display. There is a 64MP main camera to go along with a 12MP ultrawide and 8MP telephoto.

And Xiaomi will unveil the phone on December 10.

New batch of Redmi K30 leaks: official renders of front, back and info on specs and prices

Every review of a 90Mhz display on this site praises the fluidity of such screens and says that is something that one can only experience in person. Its true that I might not use any apps that take full advantage of such feature but I pretend to buy ...

Don't concern yourself regarding 120Hz display, it's already obvious that you won't even NEED it. Buy whichever you like and don't fall for features that you don't have specific use-case for.

Can a dust get inside that punch-hole from the outside? If no then it's not a hole. It's only called "punch-hole" marketing-wise just like a heatpipe called "liquid-cooling".