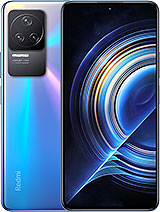 It's a exciting moment!

The poco f4 we deserve.

Just order online for this phone after Poco announced F4. D8100 all the way than a old sd870 lol.

Anonymous, 16 Jun 2022Are you sure? I think are the global version of Redmi K40The Poco F4 already released. specs is not same at all with redmi K50. such a downgrade of shame

Bluetooth 5.3 with support for LC3. Enough a reason to get this phone as soon as it's available in my part of the world.

with reverse charging it would be a perfect phone...

still waiting for this phone rather than realmeme rebrand d8100

This is like what happened with the Meizu 16T.

seems like it wont ever be released globally, xiaomi just fooling us again. Offering their better products only to the SEA markets..

IpsDisplay, 17 Mar 2022The 8100 uses power like a Snapdragon 695 so this is all goodIt even smashes the SD888. Its a flagship performance then expect it to eat more battery. You are joking right?