The front of the device has a display going nearly edge to edge. There is a small chin on the bottom and on top is the familiar notch, but neither are particularly distracting. 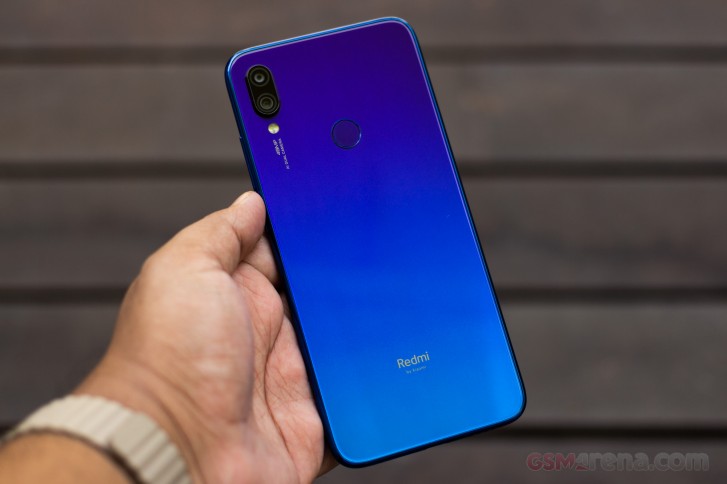 The sides of the phone are made out of glossy polycarbonate, which can feel slippery at times. On the right are the power and volume buttons, placed appropriately and having a decent tactile feedback. 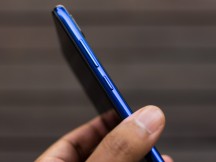 On the top of the phone are two things that are very hard to spot these days, a headphone jack and an IR blaster. The latter is quite common on Xiaomi phones but the former is starting to disappear, even from budget offerings like the Mi A2 so this may just be the last Redmi Note phone with a headphone jack. 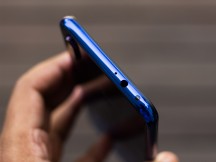 On the left side of the phone is a SIM tray with a hybrid design that can hold either two SIM cards or one SIM and one microSD. The tray has a rubber gasket around the rim, which should prevent water or dust from entering. 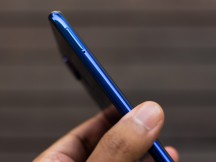 On the bottom of the phone is a USB-C port flanked by the microphone on the left and a loudspeaker on the right. This phone does not have stereo speakers, so that's the only loudspeaker on this device. 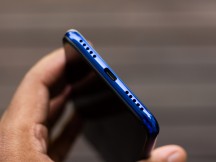 The back of the phone is also finished in Corning Gorilla Glass 5 like the front and has a beautiful 2.5D gradient reflective surface that changes color from bottom to top. This finish is found on the blue and red variants but not on the black.

On the back is also a fingerprint sensor, which is easy to reach and the camera module, which sticks out a fair bit from the back. 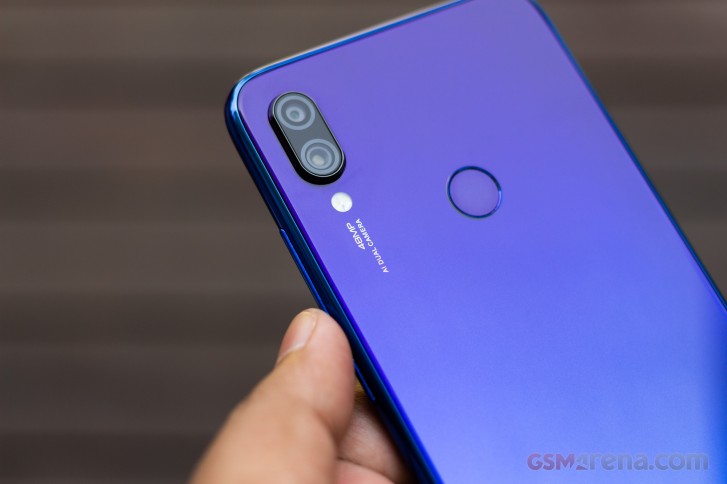 The design of the Redmi Note 7 Pro is really nice, especially in the blue or red variants. It also feels quite premium in hand, something that's not the case for a lot of budget phones, even ones that do have a glass body. This phone is heavier than most in the segment, which actually helps make it feel more substantial and opulent in hand.

However, the phone still isn't rated for dust or water resistance, which is to be expected in this price range and other than the gasket around the SIM tray we saw no other evidence of this phone being able to ward off the elements, so it's best to keep it away from water.

The display has three color modes. The default Automatic contrast makes the colors more saturated with higher contrast and bluer whites. It also changes the display contrast based on ambient lighting and has manual white balance wheel. The Increased contrast option looks similar to Automatic contrast but lacks the automatic adjustment of contrast and white balance. Lastly, there's the Standard mode, which is based on the sRGB color standard, and it's what we used for our testing.

The image quality in the Standard mode is decent. The colors look reasonably accurate but the display has a greenish yellow cast. However, you do tend to get used to it and after a while it's not that noticeable.

In our color checker tests, the display produced mediocre results in the grayscale patterns due to the greenish tint to the whites. However, the rest of the color performance wasn't too shabby for a budget device.

Overall, the display quality is pretty good for the price but we would have liked to see better color accuracy.

bad.the last version are not woring well.phone was lacking.

I've had many Xiaomi Redmi Notes and this one by far has been my favorite. Despite the glass backing the exterior has weathered A LOT of drops but had never cracked. The blue gradient is very pretty and it gets a lot of compliments. I do a...