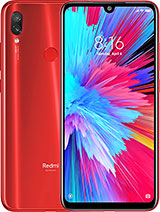 Sharath, 21 Sep 2021Bought this mobile 1.5 years back. Since beginning it has... moreyes the same issue is there

Bought this mobile 1.5 years back.
Since beginning it has GPS issues. Doesn't find the position right. Navigation is impossible. Tried factory reset many times. Software is up to date.
But GPS doesn't work.
If anybody has similar issue and found any fix for thus, please share.

Arunasish, 21 Jul 2021My Charger USB Cable is not working. What is Cable speci... moreAny type c cable can be used

Sid, 23 May 2021I am actually having the exact same problem as you. Owned t... moreMy Charger USB Cable is not working.

What is Cable specification so that i can procure a new cable.

Seems like this is a common issue. I think its happening from overcharging as this phone may not be having a cut off system. I replaced the battery a few days ago. The same day another guy too brought the same modele for replacement of battery. Now its going great.

my battery bloated after 23 months.

I have display and lag problem

Nina, 03 May 2021I have used this phone for last 1 and half years and it was... moreI am actually having the exact same problem as you. Owned the phone for two years and the battery drain is god awful.

I have used this phone for last 1 and half years and it was good. But all of a sudden it started giving me battery drain problem. Also I am still using the original charger but it has stopped charging 100 per cent, max charge is 75. Will never ever buy a chinese phone, like their virus it is very bad

worst phone ever hanging issue to the core.
never seen such worst phone in life.

This device hang too much not norml user friendly

Just recieved an update for MIUI12.
Did not expect an update after almost 2 years

Anonymous, 29 Jul 2020this phone is not OTG support?yes

this phone is not OTG support?