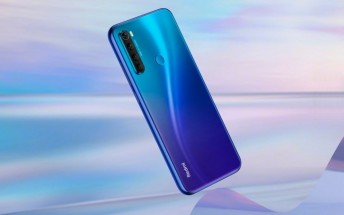 It appears that some European retailers didn't get the embargo memo and listed the recently-announced Xiaomi Redmi Note 8 Pro on their websites with prices and everything. Well, at least, according to a Twitter leakster.

The handset will start at 259 for the 6GB/64GB memory configuration while doubling the storage will set you back 289. As expected - competitive pricing is at hand.

However, you can expect these prices to go down for the Indian market because of the difference in taxes and import fees. Some say the price for the country will be around INR 14,000 but nothing is confirmed - it's all speculations for now.

Weekly poll results: the Redmi Note 8 Pro is off to a rocky start, the Note 8 fares worse

Not its not. On a benchmark score it ended slightly higher than Galaxy Note 9 which still cost in some countries 800 euros or more. So whats your problem sir???

Now it's updated check it out.

Maybe they just don't care about global market as much as their own to bring those versions. Sell enough anyway. You should ask them, try their forum.