The dual-glass smartphone has become a standard already and even the budget phones are getting such an exquisite treatment. And we are not talking about shatter-proof glass only, hues and effects come into play in a similarly important fashion. 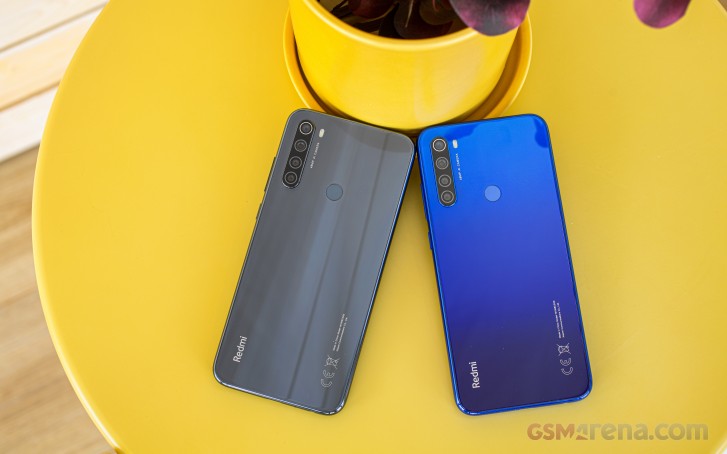 And fashionable it is the Redmi Note 8T, equally appealing to youths and adults. The three paintjobs - Moonshadow Grey, Moonlight White, and Starscape Blue - easily impress and it's easy to fall in love with the 8T at first sight.

The Redmi Note 8T comes in different hues than the Redmi Note 8 and that's the first tell. Sure, the difference isn't groundbreaking, but it is there, and it is enough. The other giveaway, as you can see on the picture below, is that the 8T is a bit taller than the vanilla 8. 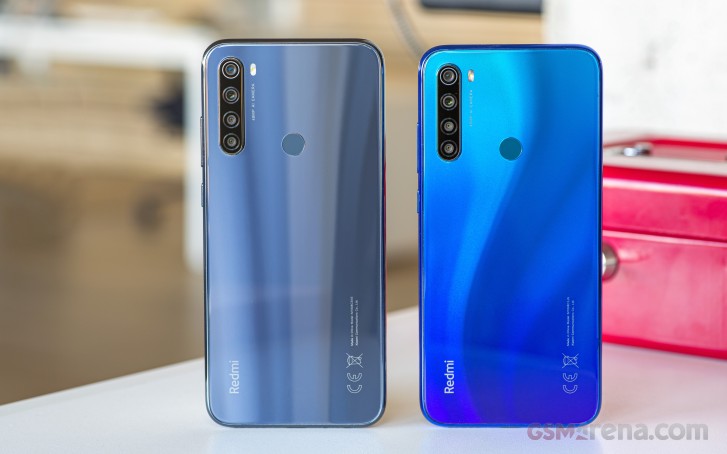 The Redmi Note 8T uses two flat Gorilla Glass 5 pieces on both ends, while the frame is made of plastic and painted in matching hue to the main motif back. The Starscape Blue model has a gradient back with lighter blue going towards darker blue, but there is no S-curve as on competing models, including the Redmi Note 8.

The Moonlight White is gradient from white towards pink, while the fancy sounding Moonshadow Grey is the easier on the eyes with dark gray paint that catches and reflects light rays in a very subtle way.

Naturally, the front is where the 6.3" LCD screen lies, and it has the same resolution as the majority of the panels on the market right now - an extended 1080p. There is a waterdrop-shaped cutout for the 13MP selfie camera. 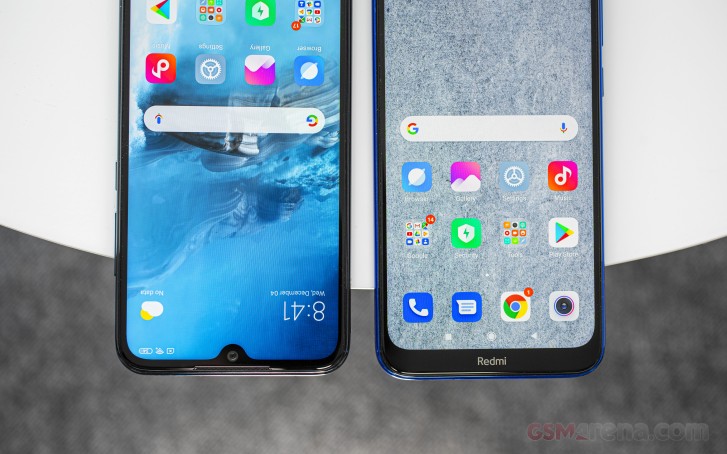 The earpiece grille is very thin and barely noticeable above the screen. Oddly, even though the Note 8T is the taller of the two phones, it doesn't have a notification LED, while the Redmi Note 8 has one.

And while on the subject, the Redmi Note 8 has its chin sprinkled with the paint from the back, but on the 8T none of the three options has such accent. 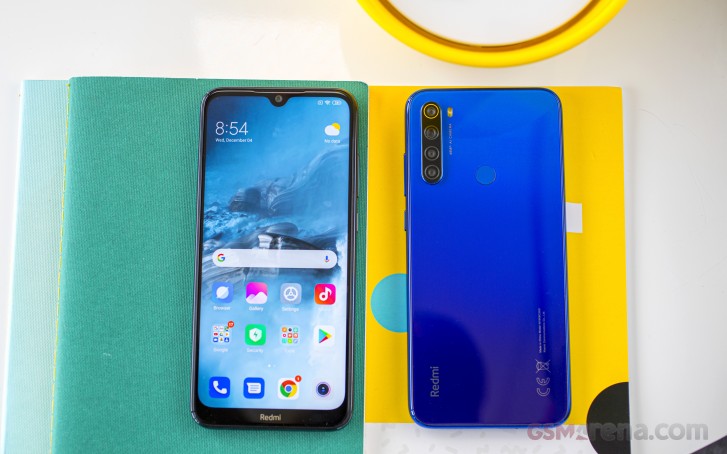 Now, let's look at the back. There is a massive hump at the top left corner and it contains four cameras - the 8MP ultrawide, the 48MP primary, the 2MP macro, and the 2MP depth snappers. A single LED flash is right next to this setup, and not that far away is the fingerprint reader.

The camera setup on the back is budging big time and the Redmi Note 8T wobbles an awful lot. We guess this is the price to pay for so many snappers. 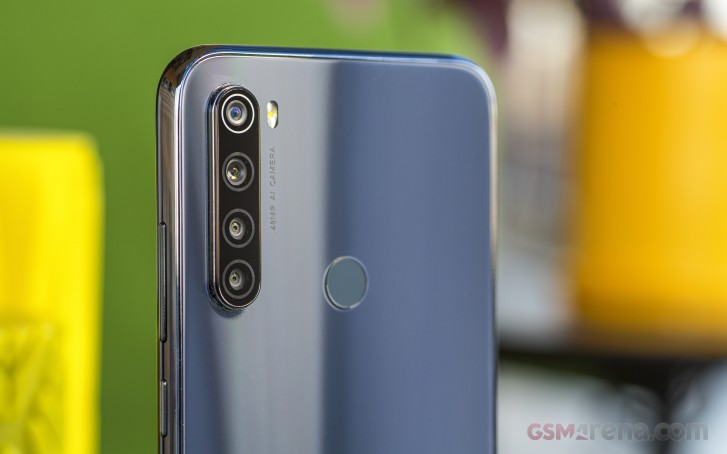 We would have liked the fingerprint scanner a bit downwards, as some finger stretching occurs more often than not and the situation is not ideal.

There are a lot of stuff around the frame. On the top is an IR blaster, at the bottom is the speaker, the audio jack, the charging port, and the mouthpiece, of course. The Redmi Note 8T also has a triple-cards slot on its left accepting two SIM cards and a microSD. 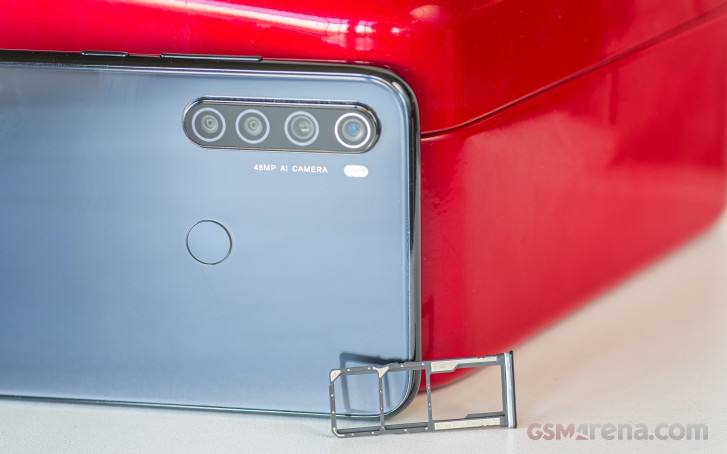 We are quite the fans of the paint jobs Xiaomi has chosen for the Redmi Note 8T and both the black and blue version are equally captivating. We would have liked a trimmed camera hump, but that's something the Note 9 has to improve, we guess. 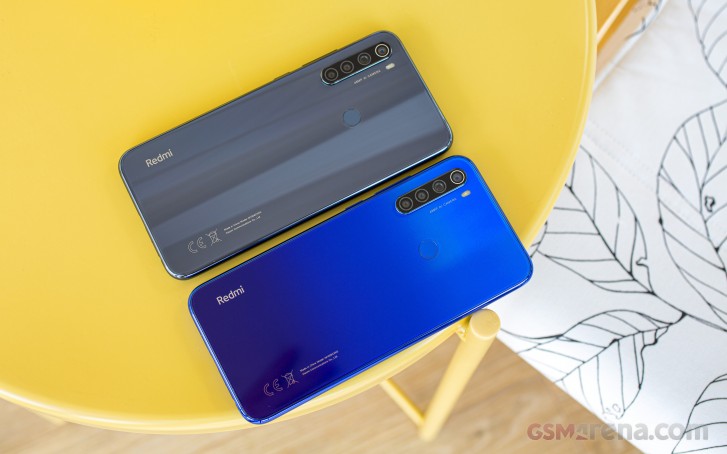 The Redmi Note 8T measures 161.1 x 75.4 x 8.6 mm and weighs 200 grams, making it 2mm taller and 10g heavier than the Redmi Note 8. We are not sure what necessitated the increase in height between the two models.

The Redmi Note 8T is a looker, a well-built and splash-resistant one at that. It is somewhat slippery, but that's the deal with the glass phones. You get a case with the Note 8T though, so if slippery or handling is an issue - it is easily resolvable one.

I've had a better experience with the camera. For me, it captures stunning detail, and is smooth. Are you on a beta update, or are you running the latest MIUI available for the Note 8T? If none of this helps, take this up with Xiaomi throug...

Could have been a great phone but wondered bloatware