Xiaomi Redmi Pro is going to use Chinese-made OLED panels 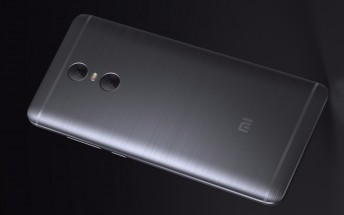 Xiaomi announced the Redmi Pro at a special event yesterday, and this is the Chinese company's most high-end Redmi-branded device ever. One thing that stands out in its spec list is the fact that it uses an OLED display. That's not something you'd expect to see in a phone that starts at $225 - because OLED panels are notoriously more expensive than LCDs.

Yet if you do get a phone with an OLED screen, then that panel is probably made by Samsung, since the Korean company apparently holds a market share of almost 95% in the space. Well, that expectation isn't being met in the Xiaomi Redmi Pro.

This device does not use Samsung-made OLEDs, instead opting to source them from two Chinese companies: EverDisplay and BOE. According to a new report out of the country, EverDisplay is the first supplier, and in case it can't handle Xiaomi's orders, then BOE will be used.

We assume that the decision to go with Chinese suppliers for the OLED screen is one factor that has helped the Redmi Pro's price remain pretty low, at least compared to similarly-specced competitors. The phone's 5.5-inch 1080p display has a 60,000:1 contrast ratio and fully covers the NTSC color space.

This doesn't make sense. Xiaomi was the first in cheap and good products, oppo never did that and huawei only has 1 phone that can somewhat hit that criteria (just barely though)

If you Manufacture your Products in China, they have the right to steal/pirate it and sell it at a cheaper and substandard way.