The Xiaomi Mi 6X is now only a few days from becoming official so naturally, queue in the official teasers.

The latest one is a post on China's Weibo showcasing a few hand-picked portrait selfies taken with the Mi 6X's 20MP front-facing camera. 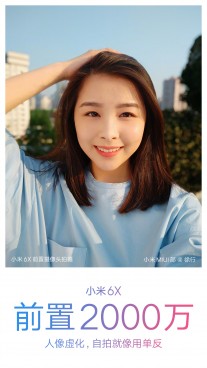 The selfie camera on the Xiaomi Mi 6X is a 20MP shooter with f/2.2 aperture that is rumored to be the Sony IMX376.

The dual camera on the opposite side is reportedly comprised of a 12MP f/1.8 camera with the Sony IMX486 guts inside and another 20MP Sony IMX376 camera next to it, only this one using the same f/1.8 lens. 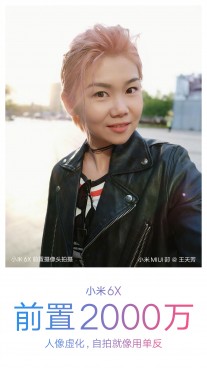 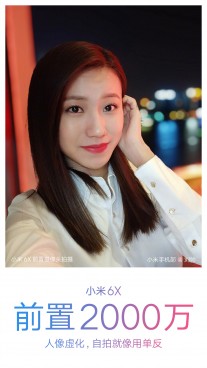 Xiaomi will unrwap the Mi 6X at a special event on April 25 alongside the Mi A2, which uses the same hardware as the Mi 6X save for the cleaner stock Android software.

Xiaomi confirms Mi 6X will be the star of April 25 event, 20MP cameras on board

Xiaomi sends event invites for April 25, may unveil the Mi A2 / Mi 6X

I am not sure if the selfies taken are actually real. It seems as if they've been taken from the DSLR and now making us fool.

People wouldn't have been half as impressed, if selfies were taken by dudes.