Xiaomi launched its Redmi K40 series last month, and today was the first flash sale of the lineup. According to the company’s official Weibo profile, it managed to sell the batch of 300,000 units in just five minutes. It also confirmed another sale has been scheduled for Monday, March 8. 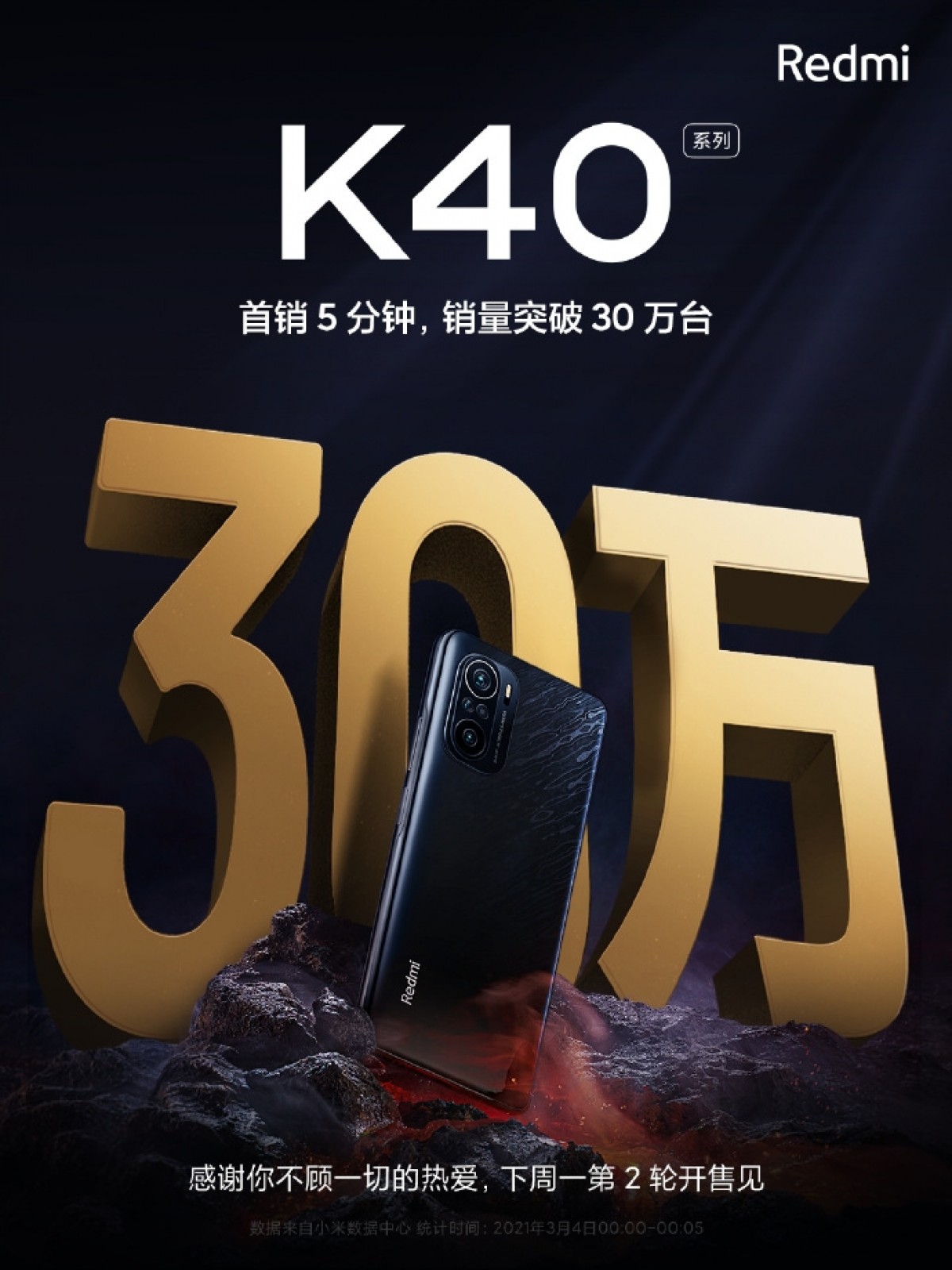 The number includes all three phones - the Redmi K40, Redmi K40 Pro, and Redmi K40 Pro+ in all their memory variations and in all three colors. A quick reminder about the difference between all three phones - the first one has a Snapdragon 870 chipset, while the two Pros come with a Snapdragon 888. Another major difference is the main camera sensor - Xiaomi equipped them respectively with 48MP, 64MP, and 108MP main shooters, while the rest is pretty much the same.

We don’t have a proper breakdown of the 300,000 sales, but either way the interest is clearly high.

Their multi model launch confuses me. I have no idea which one I would pick... guess depending on whichever comes to the onlineshop, wait for other brands deal, compared and how it goes. Definitely I won't hurry to buy one

As if iOS doesn't have ads inside the apps on Apple store.