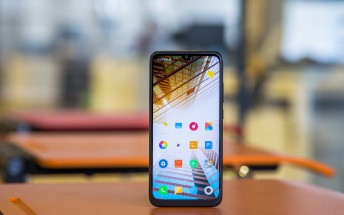 Xiaomi's newest mid-range stars, the Redmi Note 7 and Redmi Note 7 Pro, have been doing very well in terms of sales, surpassing four million globally, while the Redmi Note 7 sold more than a million units in China in its first month of availability.

The story now repeats itself in India, where the local Redmi branch just announced a similar milestone: one million Redmi Note 7 and Redmi Note 7 Pro units sold in just one month.

The company took this opportunity to promise that "many more millions" are to come, as it has apparently already ramped up production. Frustrated Indian consumers who wanted to purchase one of these devices but couldn't find them in stock or act fast enough in the flash sales will undoubtedly be happy to hear that.

Redmi is soon going to come out with its very first smartphone with flagship specs, and it will remain to be seen how popular that one will be. In the meantime, the mid-range is where it rules.

Xiaomi spins off part of its chipset division, which will work on AI hardware

You are disappointed peoples by selling little amount of redmi note 7pro mobiles.. all are eagerly waiting

Now I am wating for relme pro 3

I m trying to purchase from the day started online sale. But due to fast sales online unable to do so. Pls guide or help me to purchase. As its one of the best camera phone with unique feature in this year's pls help me get this 0ne for me