Qualcomm is expected to announce its latest 5G chipsets at its annual Snapdragon Summit, including the next flagship, Snapdragon 875. The two-day event will take place in Hawaii, and today the San Diego-based company revealed all of the high-profile executives that will hold a keynote.

Some of the names worth noting are Lei Jun, CEO at Xiaomi, Mitsuya Kishida, President of Sony Mobile, and Kyle Kiang from OnePlus. 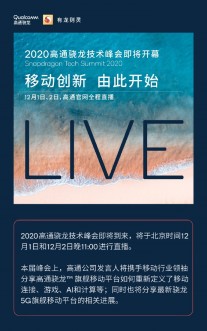 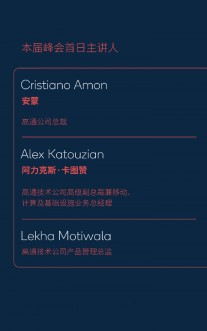 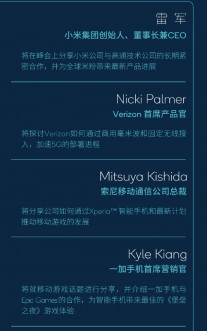 Details (in Chinese) on Qualcomm's event

Traditionally, the event will be opened by Cristiano Amon, the president of Qualcomm. He will be joined on the stage by representatives of carriers as well - Nicki Palmer from Verizon, the telecom with the biggest coverage in the United States, and Naoki Tani from NTT Docomo, the leading telecom in Japan.

The presence of speakers from certain smartphone brands almost certainly means they will release smartphones with the new flagship chipset in the early months of 2020.

The new Snapdragon 875 chipset will have next-generation face recognition and AI technologies. Its implementation will be explained in detail by Clement Delangue, co-founder and CEO of Hugging Face, a neural language processing platform.

Given the challenges caused by the pandemic, all keynotes will be live-streamed on multiple platforms for everyone to follow instead of having media flock over to one event.

There will be five Snapdragon 875-powered flagships in Q1 with 100W charging, says leakster

While buyers of Samsung Phone outside of US gonna get the crappynos variant.... LuL

If they go with oled at that price, i dont think it will be a good experience, considering even the lcd on f1 was bad. F1 had stereo speakers, just bad ones. Ufs 3 should be possible.

I agree. I actually LIKE plastic build, I don’t care if the memory chips are Samsung, BOE has very good premium mid-range panels and the F3 Pro will probably use UFS 3.0 . Add an under-display frontal camera, stereo speakers and I’m sold.