Intel took it to CES 2021 to introduce its latest chipsets, and Xiaomi immediately announced on Weibo it will bring a new RedmiBook Pro with the platform. The new laptop will have a Tiger Lake H-series processor that is a more powerful version of the currently available U series. 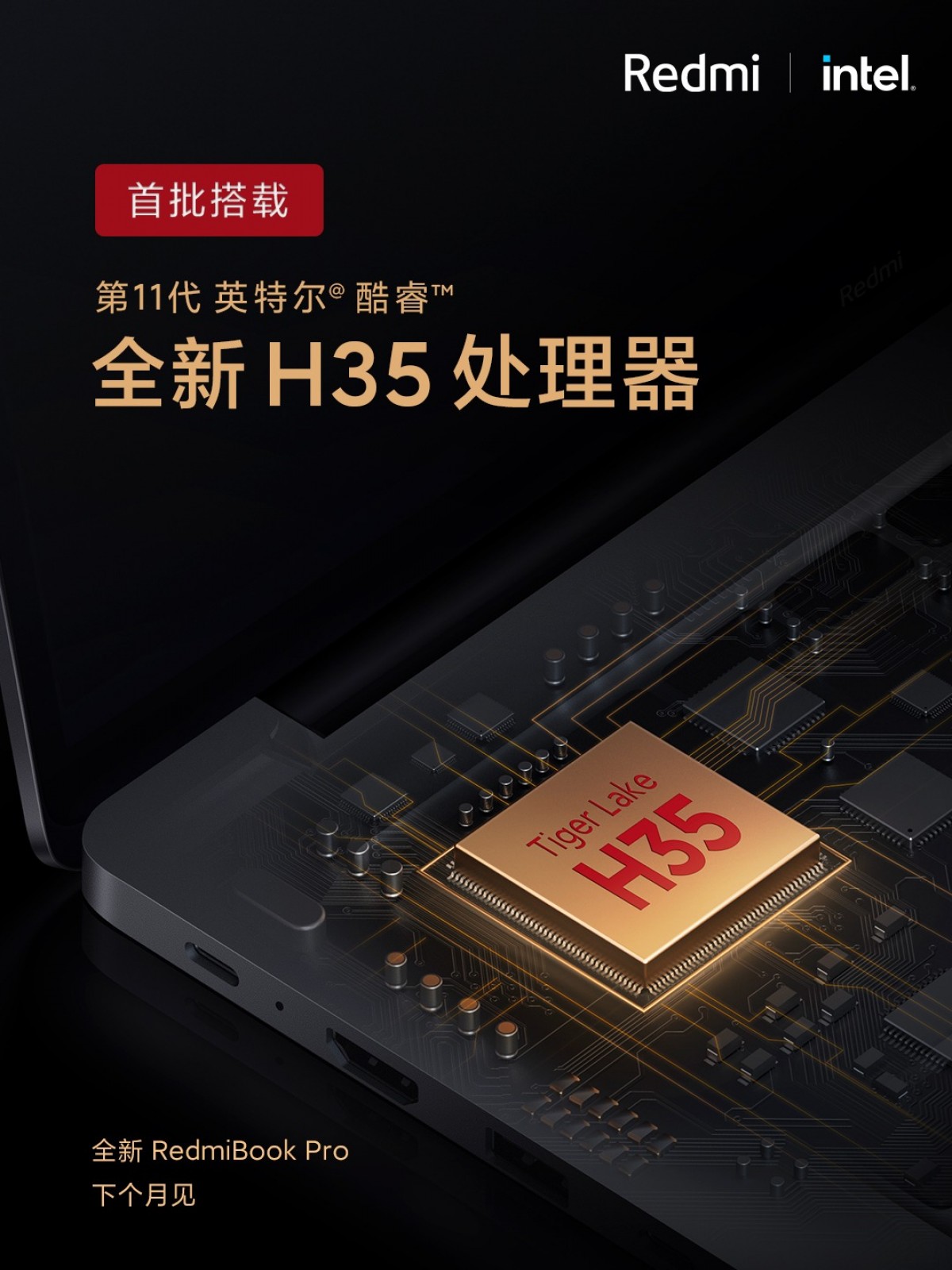 The RedmiBook Pro by Xiaomi will be launched at a dedicated event next month, around the time when we expect to see the Redmi K40 series. While we cannot confirm whether both the laptop and the smartphone will appear on the same stage, it shouldn’t be taken out of the equation.

One possibility for a launch of the new RedmiBook Pro might be around MWC Shanghai 2021 which is switching dates MWC Barcelona and will take place between 23-25 February - after all the Redmi K30 was also launched alongside a Redmibook.

The H35 CPUs are performance oriented, so we can expect the RedmiBook Pro to lean more on the side of raw power than long battery backup.

My Toshiba laptops dvd drive, keyboard, hard disk all went after 3 years. This seems much better.

who in their right mind would still choose intel chips now? maybe after they've had another breakthrough and you don't care about security but anyone who's been following news on this would be crazy to pick them up