Xiaomi launched the affordable Redmi 9A earlier this year with a big display, big battery and up to 3 GB RAM and 32 gigs of storage. The phone later got relaunched in India under a new name - Redmi 9i - and this time it sold in 4/64GB version.

Now, the smartphone manufacturer is upping the memory further - the entry-level Redmi 9A is now getting a version with 6GB RAM and 128GB storage in China for the equivalent of $145. 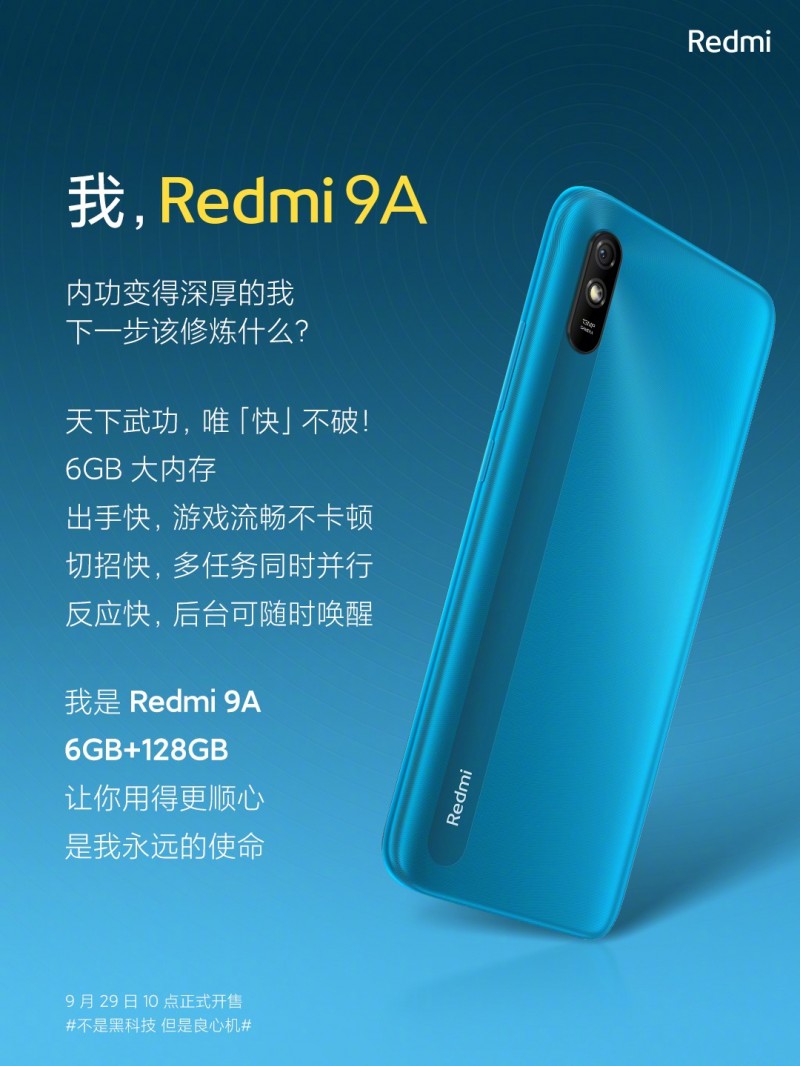 The Redmi 9A has only one camera on the back - 13 MP sensor with f/2.2 aperture and 1080p video recording. There is a single selfie shooter as well, sitting behind a waterdrop notch - and it has a modest 5 MP sensor as well.

The chipset of the phone is Helio G25, but the spec that is really intriguing is the 5,000 mAh battery, charged at 10W through the micro USB port.

Xiaomi is launching the Redmi 9A tomorrow for CNY999. The big question is will there be any taker, since the same amount of money in China gets you a Redmi 10X 4G with a mightier chipset, better display, more cameras, and proper fast charging.

Redmi 9i announced: A Redmi 9A with more RAM and storage

Redmi 9A and 9C go global with slim price tags

Not really.I just need the plain native and natural like Microsoft Windows 10 Mobile or Google Pixel or Android One.

for that processor and display, 6gb ram is overkill

Well 1 camera is sufficient for people who like budget phones. No flagship phone launched this year has only 1 camera.