Xiaomi will reportedly launch a new brand this month, its first smartphone pictured

A new rumor out of China today claims that Xiaomi is looking to launch a third sub-brand, to sit alongside Mi and Redmi in its portfolio. While those two have initially been all about online sales channels, the new brand should come with a strong focus on offline sales.

That's because it's being created in order to compete with Oppo and vivo, the BBK Electronics subsidiaries that have seen explosive growth in sales in China over the past few quarters. As Xiaomi has concentrated its efforts on selling stuff online, Oppo and vivo built an amazing distribution network of thousands of stores across China, winning consumers' hearts and minds in the process. 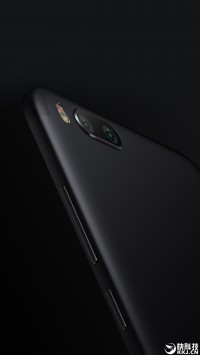 The new brand's first smartphone is said to be pictured in the image you can see above (click the thumbnail for a full size version). While it's not a lot to go by, the shot clearly reveals a handset that is very similar in certain ways to both the Oppo R11 and OnePlus 5, especially if you focus on the camera bump. On the other hand, the LED flash is at the other end of the cameras in those handsets. The iPhone 7-inspired antenna band design is present here too.

Unfortunately we don't yet know what Xiaomi's new brand will be called. But we should find out soon enough, since it's allegedly scheduled to launch by the end of this month. Expect its marketing to go the star endorsement route, by the way.

You can't just generalize and call people unsmart for having a preference for iPhone's.

Poor TechLover will be disappointed. :(

Their lineup is already confusing af, so many similar models and now this new X series.