Memory allocation has been all the craze lately. Take the vivo X60 Pro+, for example. It gives you the option to extend the memory by allocating storage so you gain extra 3GB of RAM. Well, it seems that Xiaomi is working on such a feature of its own too.

A tipster found buried deep in MIUI 12's source code a feature named "Memory extension". It does what the vivo X60 Pro+ does but it's limited to 1GB only. It requires some tinkering before you can unlock the toggle, though. 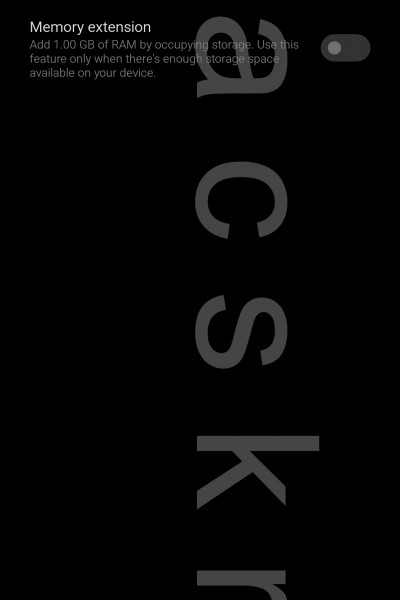 Hopefully, the feature won't be limited to high-end Xiaomi phones only as the extra RAM would most probably benefit older devices with lower RAM capacity. After all, the idea of Memory extension is to improve multi-tasking capabilities and keep more apps opened in the background.

Leakster: Xiaomi will be the first to use Samsung's upcoming 200 MP sensor

My device is redmi 8a. This phone not have a memory extension features please solve this issue

I want to say that Xiaomi must give at least 4 GB virtual ram. And Global Device variants like Redmi Note 7 global must need virtual ram update in MIUI 13

Rip the sdcard i hope it got peace after dying