We expect Xiaomi's Mi Watch to be released next week and we already got a few teasers for it. Now Xiaomi shared an image of the watch bands and it looks like four colors will be made available at launch. 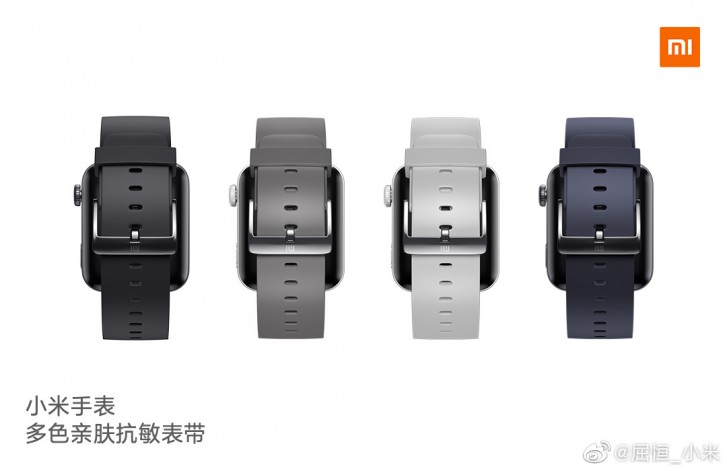 We've got a black one, gray, white and what looks like navy blue color. The straps are made of the so-called fluoro rubber that has anti-allergic and, anti-sweat properties. The band is also designed with a quick release mechanism for maximum convenience.

That's all we have for now but it's enough to keep us excited for the next week's release.

Really? Show me. https://www.apple.com/uk/shop/watch/bands I can't find anyone that is similar.

You are not wrong