Back at the end of November YouTube moved its Go platform from Beta to Public. Although being available only in India and Indonesia right now, the app on Google Play already surpassed 10 million downloads and is heading to the next landmark of 50 million. 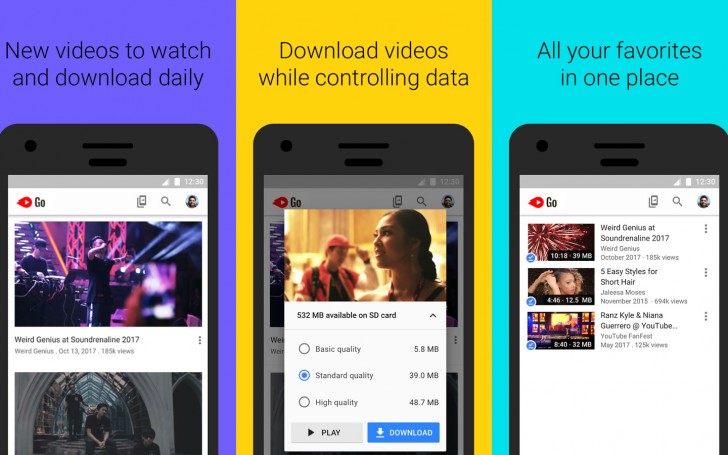 YouTube Go is a lightweight platform for developing regions where the mobile connection is more shabby than usual. It shows videos in 144p, 360p, and 480p resolutions and allow clips to be downloaded for watching later when offline. Videos can also be shared via Bluetooth and Wi-Fi Direct.

Although being available in a couple of countries, YouTube Go can also be sideloaded. The download for later feature can also be unlocked with YouTube RED subscription.

YouTube Red and Google Music may eventually merge to one service

Waiting for this in the Philippines.

8.4 billion mobile users. 2.6 billion smartphone users. The entire world aware of its existent if they already using the normal youtube app. And the beta version was released since last April. I doubt there is still lack of awareness of Youtube Go.