YouTube Red launches on October 28 with offline and background playback, no ads

After almost a year since first announcing it, YouTube's subscription service is now ready for everyone to use. The beta tag will be taken off on October 28, which is also when a name change will happen - the service will be known as YouTube Red, and not as YouTube Music Key anymore.

YouTube Red brings you quite a few things for $9.99 per month. You can view YouTube videos without ads, on any device, if you're signed into your account of course. On mobile devices, Red lets you save videos for viewing offline, and it also enables background playback - so when you turn your phone's screen off the music won't stop. 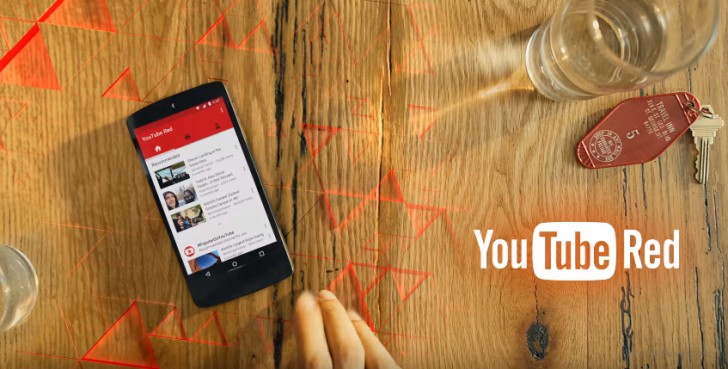 Oh, and, "as a special bonus", if you pay for YouTube Red you also get to use the Google Play Music All Access streaming service for free - with all the many millions of songs it houses. This works the other way round too, so if you're already a Play Music subscriber, you'll also get access to YouTube Red for no additional cost.

In addition, Google has announced a new mobile app called YouTube Music, which will be launched soon. As its name implies, this aims to make the process of listening to music through YouTube much more enjoyable than it is in the current app. YouTube Music doesn't have a release date yet, but it will arrive sometime in the near future.

Starting next year, YouTube Red members will get exclusive access to new original shows and movies made by "some of YouTube's biggest creators".

YouTube Red will come with a one-month free trial so you know how well it works for you before spending any cash on it. Like many things, YouTube Red seems to be limited to the US at first. As a final note, the free YouTube service and associated apps will obviously remain available to use in the exact same conditions as before.

Myself? What's wrong with that?

If you are spending $30 on lunch every day, you're doing it wrong. That's insane. Unless you are talking about lunch for more than just for yourself?