YouTube TV now available in more locations in US [Updated]

Updated: As many as 17 more US markets will get the service in "the coming weeks." The list includes the following names:

Last month, Google announced that its YouTube TV service will be launched in more US markets in near future. Inline with that, the streaming video service is now available in a total of 10 new locations. 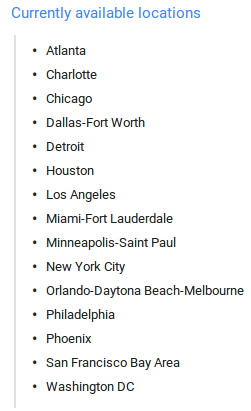 There's a free, 1-month trial before you start paying - the service costs $35/month. For the uninitiated, YouTube TV delivers live TV from major broadcast networks such as ABC, CBS, FOX, and NBC, alongside "popular cable networks".

I think it violates the 4th posting rule to post such links. Also, if I give you a link to, say, CanadIPTV (made-up name) and that you live in the US, it won't be relevant. You can either Google IPTV, [Country/city/county] IPTV or go to some te...

Yes. Those are usually using Rokus or MAG254 devices, and you subscribe via a retailer. This threat is so serious major TV providers began thinking about these alternatives, like Bell AltTV. I use one of those "alternative "providers since a while an...