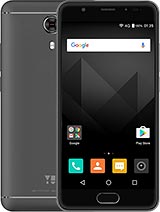 i installed bliss custom rom on it and it works Amazing ..and due to metal body u will get better heat distribution without causing harm to hardware

Check Xda device treble thread. There are more than 20 oreo rooms(gsi) and other pie roms in the group.

The decision of Micromax to shut down yuforums was regrettable. This is a great device. It even has a copper heat pipe inside! The userbase and developer support is still alive though in a telegram group ,there are pie and Oreo ROMs as well as treble implementation. Some are available at xda and treble implementation at xda device thread.

Paridhi, 15 Nov 2017Hi... After updating my yureka black to noughat am facing ... morei am also facing same i complaint to micromax officially they are saying we are in to solve problem that only they are saying for me

I like this mobile ..I m using this mobile since 6 months .. suddenly screen went to black . I took to mobile shop ..they told. . software problem. After that fingerprint is not working. .!!! &&& Power button is not working .. what to do ..???? I don't know

mobile over hit when i am calling so kindly suggest us ?????

Till the date MTNL or BSNL net setting not available or not auto connected in YU Eureka Black mobile. Due to this reason the MTNL/BSNL net not working.

Please help me out in this issue.

after updating my yu5040 to 7.1.1 the signal of network appears very poor.

Hi...
After updating my yureka black to noughat am facing several issues. Can any one help in this regards
1) If my calling to someone screen doesn't sleep
2)unwanted pop up are appearing due to which vas serices are activated in vodafone
3) Notification are not appearing till app is not opened for third party email app

Not switching on. Leaves battery sign. Never happened before but now it is irritating me

AnonD-707238, 11 Oct 2017I am using this phone for 3 months there was some screen bl... morethats what m worrying till today......so thinking about to install another rom

I am using this phone for 3 months there was some screen blinking issue for 2 times then it was ok after the updation there are some issues when switching data on WhatsApp will get hang for 1 min some time camera is also stop working how to get rid of this updation any idea????

Yu Yureka Black is a nice product and runs very smoothly. Its price is suitable to pocket. It is far better than its rivals in the field of perfomance. Its camera and battery could have been better to make it exlent in this price.

Anonymous, 24 Aug 2017Yureka black is the worst handset i've used ever i ordered ... moreThis problem I also faced. This is due to tempered glass. Ensure that tempered glass has opening on the proximity sensor. In fact you dont need any tempered glass as it has gorilla protection.