ZTE Blade V7 and ZTE Blade V7 Lite went official at the MWC today. Both are targeting the young people and those with young hearts, as ZTE likes to say, and both will become available in selected markets later this year.

The Blade V7 features a 13MP rear camera with a dual-tone dual-LED flash. It has a 5MP front snapper, which can use the screen as a flash. The rest of the highlighted specs include 16GB expandable storage, LTE connectivity, and a 2,500 mAh battery.

The Blade V7 will be available in Germany, Spain, South Africa, Ethiopia, and Mexico in the middle of 2016. The pricing is yet to be announced. 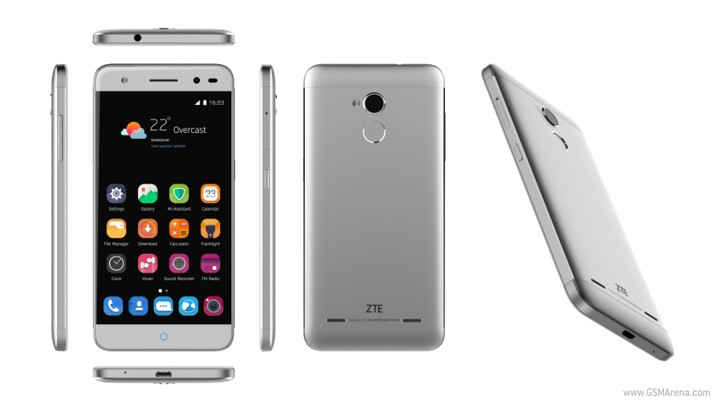 The Blade V7 offers an 8MP rear camera with auto-focus and an LED flash, as well as another 8MP fixed-focus snapper at the front, also coupled with an LED flash. There is 16GB expandable storage, LTE connectivity, a 2,500 mAh battery, and a fingerprint scanner on the back.

The Blade V7 Lite is scheduled to launch this spring in Russia, Mexico, Spain, Germany, and Thailand. Pricing and exact availability will be specified later.

We spent some quality time with both devices at the ZTE's MWC booth. You can learn more about them here.

Nah, it's fine. It's glowing for notifications and charging (i have the Blade S6). And there are 2 other small dots for back/menu keys too.

I thought its' a HTC phone

the first phone looks like an One M9 mixed with an iPhone, and the second looks like a Sony and iPhone baby. I actually kinda like the first V7 lol