ZTE is set to unveil the Axon 20 5G on September 1, which will be the world's first smartphone with an under-display camera to go on sale.

The Axon 20 5G will sport a notchless display, and ZTE has teased its design multiple times before. In the latest video posted on Weibo, ZTE once again teased the smartphone's notchless design, which is achieved with the use of an in-display camera and not a pop-up camera. You can check out the clip below.

A render of the Axon 20 5G shared by ZTE yesterday confirmed the smartphone will sport a quad camera setup on the back, which according to TENAA, is a combination of one 64MP, one 8MP, and two 2MP units. 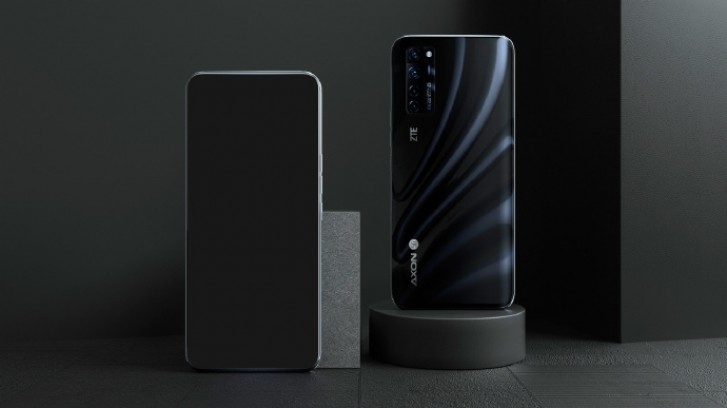 The rest of the specs revealed by the Chinese certifying authority include a 6.92" FullHD+ OLED display with a fingerprint reader underneath, 32MP selfie camera, up to 12GB RAM and up to 256GB storage, and 4,120 mAh battery with fast charging support.

The ZTE Axon 20 5G will be powered by an octa-core processor clocked at 2.4GHz, which is likely a part of the Snapdragon 765G SoC.

We expect to hear more about the Axon 20 5G from ZTE in the days leading to the September 1 unveiling.

ZTE A20 5G full specs and design revealed by TENAA

Take a look at the official ZTE Axon 20 5G render

This is gonna change the game...all those notches and cutouts will feel outdated after this one.