ZTE is launching the Axon 30 Ultra tomorrow, April 15, and the company gave up on fighting leaks and rumors, so it posted all key specs by itself on Weibo. The new smartphone is now confirmed to have a 4,600 mAh battery with 66W fast charging, a 6.67” AMOLED with 144 Hz refresh rate and all the latest flagship-tier hardware on the inside. 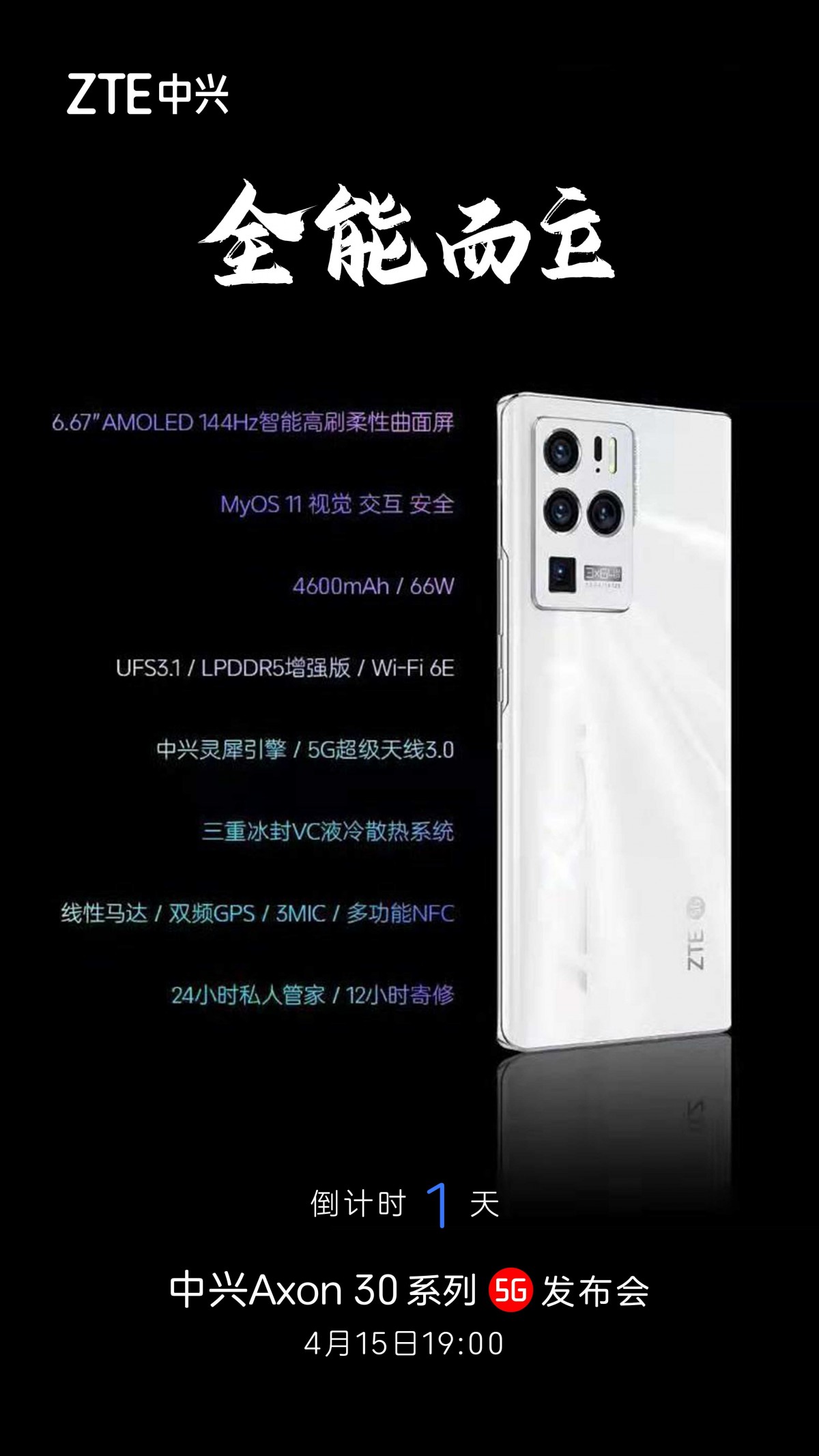 The ZTE Axon 30 Ultra will have UFS 3.1 storage and LPDDR5 RAM, but with the company not revealing actual numbers, we are pretty confident there will be multiple choices for the users. So far we’ve heard about a 12/256 GB combo, but we’re always up for a surprise. There’s also support for Wi-Fi 6E, which is neat if the user actually has a router that can work on that frequency.

To cope with heat dissipation, ZTE has equipped the phone with a “triple ice-sealed” vapor chamber for liquid cooling, while other hardware specs include dual-band GPS, NFC and three microphones - likely on for talking, another on top for noise suppression and a third one in the camera setup for audio zoom and better focus during video recording.

On the software side, the Axon 30 Ultra will have MyOS 11 on top of Android 11 out of the box. We know ZTE will offer the device in four colors, but tomorrow we’ll learn how much exactly, and when will it launch.

Hope it's affordable, I will like to give up my current phone for this ZTE new Discovery