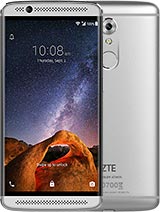 I bought 2 axon 7 minis about 36 months ago. One lasted 18 months before it wouldn't charge and was replaced under ZTE 3 year warranty by Carphone warehouse. The other is getting glitchy with random reboots and occasionally ending calls all by itself, so I've just bought a Mi9t which for about £250 is the same cost as the ZTE was 36 months ago. No comment about the Mi9t as it just arrived but the reviews are good. I hope the sound can match the axon.

razor, 25 Jan 2020Soon getting to the point where I need to upgrade/update my... moreIf you can wait a little longer (I realize your post was from January), the Pixel 3a series. With the imminent launch of the Pixel 4a, 3a prices should drop a bit further. If you need something ASAP, alternatives to the Pixel series (which should have reliable updates) are the OnePlus 6t or Nokia 7.1. The OnePlus 6t is a bit less of a trade off overall than the Nokia 7.1 but could be a bit pricier. I will admit to a little bias since my daily driver is the Google Pixel 3a XL.

razor, 25 Jan 2020Soon getting to the point where I need to upgrade/update my... moreAxon 10 Pro has been amazing so far.

Soon getting to the point where I need to upgrade/update my ZTE Axon 7 mini.
This has been/still is a very good phone.
So My question is, What to update this to???

razor, 04 Dec 2019Has anyone replaced the original battery with a higher spec... moreAll those batteries you find online claiming to have more mAh are fake.

Has anyone replaced the original battery with a higher spec one?
Be nice to know if you have. Ta

Carmanen , 22 Jun 2019European variant is also compatible with Nougat. I have sof... moreLink?

You should be able to update to Nougat 7.1.1 manually if you can't from the updater. Problem is ZTE removed the files from their site when all the China - US issues started. I recommend checking you at XDA there you will find the guide to update manually.

Sir fonealot, 19 Sep 2019I bought one 4 days ago at Canada Computer, went to use in ... moreI also got the same one from Canada computers, but I can't update, how did you force it, been trying to upgrade the Android for weeks, what does PC mode mean, thanks

AnonD-720277, 08 Mar 2018Why is the grey coloured expensive than gold?Hold is the global Euro/Asian version with hard to execute manual updates when you live in Western Hemisphere.. Gray version can update over air here.

AnonD-701777, 27 Dec 2017Bought the gold Axon 7 Mini, model B2017G but it is stuck o... moreI bought one 4 days ago at Canada Computer, went to use in PC mode, and it took a bit to recognize and load drivers , but it did. Offered 7.1 Nougat, and update was successful.
But these stories of freezing and crappy battery life 2 months later makes me want to buy a more up to date phone in similar price range.
Now looking at very simple but effective Moto G7 play instead.
Slightly bigger battery, but has to support Pie, so it is rated as weak, depending on type of use, and DOES NOT offer fast charge at all! The mini 7 does charge fast, for some reason charges fast in my car charger too I noticed.

Help please.
Axon 7 mini.
When using the phone, I come to a stage where I need to enter a number or a #
but my keypad has disappeared at this stage.
All I have is the front page with Red Telephone picture, unable to get to or find keypad.
Any help pls.

NirvanaGunesekere, 07 Jun 2019You have to have the American version of this phone. The Ca... moreEuropean variant is also compatible with Nougat. I have software version 1.2.0.B15 based on Nougat 7.1.1 with July 2018 security patch. That is the latest version this phone will ever have.

CatyGrayWood, 06 Jun 2019How do I update to Nougat 7.1.1???You have to have the American version of this phone. The Canadian version isnt compatible with nougat at all.

CatrionaGrayson, 23 May 2019Can the ZTE axon 7 mini do SplitScreen Multitasking?Yes but only after you have updated to Nougat 7.1.1 :)

Can the ZTE axon 7 mini do SplitScreen Multitasking?

The first few months the phone was awesome! It had no lag at all! Then about 2 months later stuff stopped working like sync and a week after that adding accounts stopped working too! I stopped using power saving mode because it took hours for the black and white screen to go away. I've had this for about 3 months and I don't like it.

I can't share apps. WeShare, ShareIt, and Zapya keep freezing up and stopped