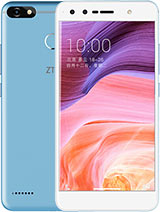 Please i need help, My ZTE Blade A3 bought on December 2018, just for like 8 month of usage, no scratch, no dent, still new, but now its not responding when i wake it up, until i do Off and On severally before i can use it. My question is, is it the screen problem or calibration problem? please i a reply before some engineer will damage my totally.

Andy, 14 Feb 2019The phone is generating a lot of heat I don't know whyThe system on a chip is built on 28nm and the four CPU cores and dual-core graphics chip is about the same as eight cores on 14nm and four graphics cores...

Kiro, 31 Jan 2018Well, it's not bad, but let me tell you that for the same p... moreTrue but beware Xiaomi has a high failure rate on devices, they sell less than Huawei & Apple yet they are 2nd highest on failing devices only losing to Samsung who is number 1, no surprise since they sell the most devices.

Well, it's not bad, but let me tell you that for the same price you can get a #xiaomi Redmi 4/5 series for example - with better hardware.

For 150 eur its a brilliant phone.
Other phones from other more known brands cost much more and offer a much less.