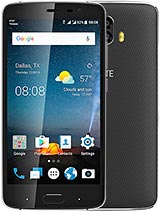 Halibut, 13 Sep 2021When a cell phone gets wet, towel dry it as best you can, a... moreNo it does not lmao, just go over your phone with a hair dryer roughly 12 inches away from the phone. It will completely dry the phone within minutes and remove all the hidden moisture due to the heat. Just make sure you don't turn on the phone until it cools down again. Another option is use a vacuum and suction out the water in addition to the hair dryer. The rice trick is a myth and actually does literally nothing to save your wet phone.
https://www.youtube.com/watch?v=HEjC0Ude8CA
and in addition to this video just google it yourself and you'll see tons of evidence that suggest the rice trick is NOT going to save your phone. All the rice trick will do is get rice lodged into your charging ports, headphone jacks, and any other hole your phone has due ot how small rice grains are, this can lead to damage of your pins and possibly destroy your charging port. Just touch a grain of rice with your fingers and you can feel how hard it is. Now imagine that really hard piece of rice grain rubbing up against your sensitive charging pins. Don't EVER use rice to try and save your phone.

CarrieALW78, 07 Mar 2019When I bought this phone in 2017, it was the best phone I h... moreWhen a cell phone gets wet, towel dry it as best you can, and open the back if that's an option, and then immerse it in a bowl of uncooked rice. The rice will absorb the moisture.

I have had this phone since 2017, I have dropped it many times over the years and it has never broke, such a trusty and wonderful phone. I'm upgrading soon simply because I can get a phone with better ram now. I'm a little sad tho since the phone has done so well for me. ;) the rubber back combined with the metal edge was just phenomenal. lots of storage and ram for the price and it was top tier back in 2017. they don't make em like this anymore. rip to good phone construction.

I work well for 18 months giving it a peel and something that I did not like does not have much volume and is dolby with mobile phone 4g / lte for the price you can not ask for much I gosto $ 125.00 and has problems it goes off alone and restarts but it use only for hot spot

When I bought this phone in 2017, it was the best phone I had ever owned. I was so used to not having room for my Apps, or having to move things to a memory card, but this was never this issue on this phone. It took me AGES to fill it up, and even then, I had so much room that having to delete an app to install a new one was simple, bc there were several apps I'd forgotten I installed, and hadn't used in ages.
The camera was amazing, I dropped it with no case multiple times and it never broke or even cracked, it was just fantastic.
There are two downsides I have to mention though. I have kids, and my kids are messy. One of the first things to happen was that the sound went out on one of the two bottom speakers, but I'm pretty sure it's because one of my kids got water in it, and it was still loud enough not to be an issue for a long time.
Issue number two is mainly an issue because it led to the ultimate downfall of the phone. You cannot remove the battery. You have to hold the button down to turn it off, and if it gets wet,you can't just take the battery out to keep it from turning off and on. However, with that being said, let me tell you about what happened.
The 1st time this phone got wet, I was listening to music in the bathtub (stupid I know). I was using headphones bc I was just soaking sore muscles, and I hated the way the sound echoed in our bathroom. Eventually I messed up and turned my head (headphones had a short cord) and pulled the entire phone into the tub. I got it out right away and towel dried it as quick as possible, but I couldn't take the battery out, so all I could do was wait for the battery to drain. It did eventually, and I left it off for 3 days, praying it still worked. Amazingly it did turn on and I had no further issues.
The 2nd time it got wet, one of the much younger kids spilled a drink on my side table. Same thing, it kept turning on and off and even holding the button down for an extended time wouldn't make it stop turning off and on, so again I dried it as much as possible, and once it died completely, I left it off for a few days. Turned it back on and it worked, with no issues.
The THIRD time (you'd think we'd have learned by no, lol but no), my then 11 year old was using it while she was in the bathroom. She had it sitting on her leg, and turned to grab toilet paper, and it slid off her leg and into the toilet. We dried it off, and again waited until it turned off, but I knew this time was different right away because the screen stopped coming on after a few minutes of turning off and on, and once it died, I left it off for several days, but it did no good. I charged it and tried to turn it back on, and nothing happened to the screen, but the sound still worked. Then the alarm started going off and I had no way to turn it off beyond holding the button down to shut it down completely. The alarm was set to go off even if the phone was off, so it continued going off until the battery eventually drained, and that was the end of an otherwise fantastic phone.
Gotta run or I'd add more, but overall it's a great phone. It's too bad I'm awful with keeping it from getting wet.

So is the phone compatible with AT&T?

AnonD-682721, 07 May 2018I was helping a friend who uses Freedom Mobile in Canada to... moreI think you need to turn on VoLTE. 4G is data only, but "Voice over LTE" lets you convert the call to data so it works over the 4g LTE system. Hope that helps

daguy, 29 May 2018great phone, not only no issues, but fast has ability to ha... moreFrom everything I read there is not going to be an update to Oreo for this phone ZTE very rarely if ever does any OS upgrades for their devices and I have not been able to find Oreo anywhere to install on my ZTE blade V-8 pro

great phone, not only no issues, but fast has ability to have massive storage for songs and videos - yipee. 2 complaints in that it does not allow use of a wireless charger and still waiting to update to oreo 8.1 although I understand that is coming soon. This is a duperior mid range phone available at super bargain prices now! I would suggest anuyone looking for a great phone at budget price look over specs. I am using it on freedom mobile and get 4G.

Bought the phone for its spec and being cheaper. Disappointed that phone never worked for Bluetooth audio devices or even pairing to my car. Frequently disconnects and regains connection to any Bluetooth audio device paired.
have been trying various methods to get Bluetooth working since last few months, factory reset, clearing bluetooth cache, installing third party apps and even clearing RAM + cache at boot. Nothing has worked so far. given up, made a mistake should've had bought a better phone.

I was helping a friend who uses Freedom Mobile in Canada to find a new phone. We bought the ZTE Blade V8 Pro. The phone arrived and the phone picked up the 4G LTE internet. It also works in streaming videos over LTE on Freedom. So internet works. Texting also works.

However her phone was not able to make nor receive any phone calls. I tried clearing the cache and resetting the phone, but the problem persists.

I tried to manually set the APN settings. No luck.

I tried to search for the networks. I was only able to see Home 4G. But there is no Home 3G.

Freedom's website also said both IMEI numbers are compatible, on the IMEI check. (This phone has 2 IMEI's.)

Your phone is compatible.
If your phone is unlocked you can get started by signing up for a plan today!
The following network services will be supported:
HSPA+
LTE Advanced
Please note: Certain versions of older handsets may not have the ability to select the ‘LTE Preferred’ in the phone Network Mode settings even if the hardware supports the particular band. These handsets will not be able to connect to any LTE network.
See Coverage Map
Phone Information:
IMEI number: XXXXXXXXXXXXXXX
Brand name: ZTE
Model name: Z978

She went to a Freedom booth. The Rep told her that just because it is listed as compatible on the Freedom Website, it doesn't mean that phone is fully compatible. In the case it only works with Freedom 4G and not 3G. And Freedom 3G is required for calls. 4G is only for internet and text.

My friend obviously was upset. Firstly this phone is supposed to be fully AWS 3G 1700/2100 compatible. All our research shows that it is. I am not sure if this is ZTE mis-advertising, or Freedom has compatibility issues even within their own AWS 3G. Secondly when a phone is listed as compatible on Freedom's website, it better be fully compatible.

This is BS on many levels. And I say this as a fan of Freedom.

She went right over to Chatr and switched to their $40 for 2.5GB plan.

Either way if you are a Freedom user, I say stay away from the ZTE Blade V8 Pro. It probably won't work.

In the future get a popular phone with lots of people saying "Yes it works" before buying a phone for Freedom.

ZTE doesn't even say the screen is IPS, only Full HD and TFT. Almost certainly TN on a low priced phone.

Hi,
I bought this phone for you opinion, but i am disappointed, No Fm Radio, no update and not coming, so i am not very happy with you.

AnonD-654340, 20 Mar 2017Great phone for its value. This phone has Gyroscope, not su... moreThanks a lot DV. I loved seeing those photos. It gives me new ideas of what I can do with my Blade V8 Pro camera now.

Guest, 20 May 2017I read a review on this phone that says you must hit the po... moreI press the button with one of the fingers that I use to read my fingerprint. I press it down and it clicks on and immediately unlocks. The only extra effort is pushing down until you feel it click. You can start the phone with the side power button also and then unlock it with the reader without having to make the front button click. It's really not a problem.

Anonymous, 06 Oct 2017Handset is not supported to 4G services ...any solutionI'm using mine on AT&T and I'm getting 4G LTE.

Anonymous, 16 Nov 2017good thing I dont use facebook :P Mine actually works great on Facebook. It's really fast. When I tap the icon, it's ready to go in about 3 seconds. Practically instantly if you have it running in the background. I've never had a problem with Facebook on this phone.