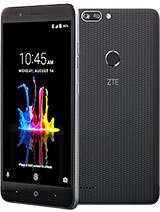 Anonymous, 19 Mar 2021Please I need help a puy. My phone zte z982 i stay in Bangl... morerelocate from your country

This is by far hands down the best phone I have ever owned. I bought mine new in August 2017 and have not just used it everyday since but over used it is putting it lightly. I've been out of work since December of that same year and ever since then I've spent a minimum of 16 hours and as much as 20 hours a day playing 3 multiplayer phone games, streaming movies, shopping, reading and web browsing. I often fall asleep while charging the phone and it falls between myself and the chair I sit in and the battery has overheated countless times. So much so that the phone itself I has a bulge now in the back where the heat either swelled the battery or just warped the case or both! The point is when you overheat a battery regardless of how but especially while charging it is the worst thing you can do to that battery. Nothing kills it quicker than heat. Yet this phone going on 4 years still charges and lasts very close to the same time as it did the day I bought it! Obviously it's lessened some but it'll still web browse for about 5-6 hours stream a full 2hr movie, play games for 2 or 3 hours or more depending on t forhe game. For instance Star Trek timelines goes about 4 hours or more on a full charge, but Marvel Strike Force the battery only lasts 2 or 3 hours at most. The phone can stay on standby for about 2 or 3 days with WiFi on in background and with it in airplane mode it's lasted 3 to 4 days. Basically this phone shoul betrayedd be dead with how many times I've overheated it. The battery is non interchangeable of course. The other features that really impressed me were the storage was great! The internal storage held most of my games and pictures which is a lot. For extra long with onlyvideos I added a 8 gig storage card and I've never had a storage problem. The speed of the phone was great with the snapdragon quad processor. It could use more internal RAM with only 2gb it's sufficient until you have too many background apps running you'll start to have lagging and screen lock which will drive you mad! Other than that minor issue I cannot say enough great things about this phone so if you ever see one still out there grab it!!

Please I need help a puy. My phone zte z982 i stay in Bangladesh but I can't used 4g the phone is only 2 g please how can I change it 2g to 4g

Excellent phone... Bought mine in 2019 for 140$CAD including delivery and taxes... Used it for hours every day since. Great screen, good performance, very rarely chrome crashes. Still good battery after 2 years of hours long daily use. Will have to upgrade since Android 7.1.1 is no longer supported, but this was one of my all time favorite purchases, and a great bargain!

Mes, 09 Jan 2021Please guys update it 2G speed is killing me 😒How can the network be upgraded from 2G to 4g

Please guys update it 2G speed is killing me
😒

Joe, 03 Aug 2020The Blade ZTE Max is the best smart phone I have ever owned... moreI disagree with the statement that the phone has no software issues. I bought this phone in January of 2020, from the very start i noticed slow speeds, extremely limited ram, and unable to keep apps open between uses. Out of the box, everytime i would would open an app, leave, and come back to it, the app would reset and be back at the starting page. Webpages/ app never failed to unload. This phone has been very slow, even compared to the lg cheapo ($40) phone. It has frame rate issues, and a few unique problems with certain apps already preloaded onto the phone. Its held up just fine in an industrial environment. It looks and operates the exact same as the day i got it, so its very rugged and reliable with an amazing battery. I wouldn't buy again specifically because of the frustrating failures and setbacks of the software

Joe, 03 Aug 2020The Blade ZTE Max is the best smart phone I have ever owned... morePlease update the phone from 2 to 4g. The 2g phone is too slow

The Blade ZTE Max is the best smart phone I have ever owned, and used so far. Just to be clear, I know how to care for, and maintain a cell phone. Yes. That is a thing. I see some comments talking about how the phone is horrible, garbage, etc... simply put. They don't take care of their smart phones. Smart phones are mini computers that require care. This includes updating the software, avoiding ad based Apps, keeping the phone memory clear of clutter/ up to par, etc... But enough about what should be basic... let's talk about the phone. I must have accidentally grazed and bashed on the screen dozens of times, and not one crack has appeared. The Asahi Dragontrail is surprisingly super strong (in my experience). The battery eventually got weaker (like all smart phone batteries) after a year or so, so I purchased a replacement on eBay and watched a youtube video on how to remove the "non-removable battery". I was successful in emulating that procedure, and so I added more ample time per charge once more. I never had a problem with the phone as far as speed, slow/sluggish issues go. Then again, as I stated... I know how to take good care of my cell phones. I love the 6 inch screen and watch all my shows on my phone. I love the split screen option (this is an Android Software feature) on my screen which works wonders when I'm watching a show or movie while scrolling on facebook. The time draws very near where I am going to have to buy a new phone. Sadly, the Blade ZTE Max can't process 5G, so that would be the chief reason I would have to part with it. Overall, the Blade ZTE Max is a hell of a phone if you take proper care of it.

Someguy, 27 May 2020It's been a great phone for the past two years but now the ... moreI agree with your opinion

It's been a great phone for the past two years but now the phone is three years old. After years of owning the phone it's finally running out of memory space to hold all my apps. The phone has been over heating lately when playing mobile games or streaming videos. It's gotten slow, the operating system isn't updating anymore, stuck on Android 7.1. And it freezes sometimes when a couple of the larger apps are left open.
All in all it is a descent phone for kids and old people for every day use.

Worst phone I’ve ever had😩the battery is terrible and it’s so glitchy and impractical! There’s so many add on apps that you can’t get rid of and take up space. I couldn’t use my phone while it was charging and the battery would take seven hours to charge. Do not buy!

But how can enable the 4G net?

Robe, 27 Jan 2020If you ever learn to operate your ZTE smartphone , you'll b... morePlease how can I use 3g to browse