ZTE briefly lists the Blade V9 on its website

An official product page for the ZTE Blade V9 briefly went online and was subsequently pulled down. But, luckily, it was online long enough to grab all the information about the upcoming phone. Inside there's a Snapdragon 450 chipset coupled with either 2GB, 3GB or 4GB of RAM with 16GB, 32GB and 64GB of internal storage, respectively. There's also a MicroSD card slot which doubles as a second SIM housing.

There are two cameras on the back - 16MP autofocus unit and a fixed-focus 5MP snapper, sitting behind f/1.8 optics. On the opposite side there's a 13MP selfie shooter. 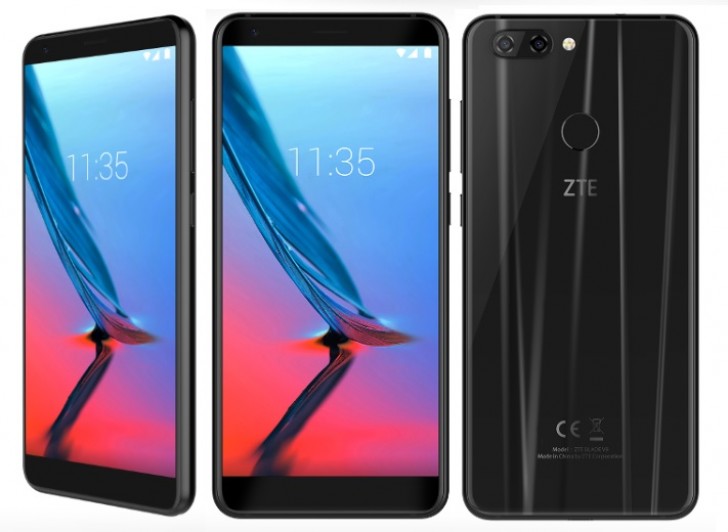 There's a 3,200mAh battery, a headphone jack and a fingerprint scanner (on the back).

Body-wise, the ZTE Blade V9 has a dual-glass design with a metal frame in between. It looks like it will launch in Black or Gold but there's no information on price or date.

ZTE Blade A3 gets new color: Quite Blue

ZTE Axon M will be available to order from AT&T on November 1, in stores 16 days later

@Travis333 please, what do you mean by sd4 series??? built around sd4, what does that mean?

I think the 7x will make ZTE keep the price honest, unless they are trying to loose money. With the 7x already released everyone will already know what they can get for $200. And I would buy a sd450 phone for the right price