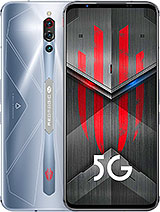 Hi I have a red magic 5s the charger port doesn't seem to wanna hold a charge while charging slightest touch it disconnects. I've reached out to red magic support but that was usless still no response. So I'm looking to get a new charger port but no repair store in the city has any but some will change out the port if I have a good one. I can't seem to find a charge port for a 5s only 5g does that mean they both use the same charger ports

V7.6 update has finally fixed all issues! I hope this doesnt happen again as it was frustrating

0verLord, 27 May 2021Has anyone encountered the power button display has only Em... moreYes, it is same for me, even if the button is not visible there are other 2 buttons next to the emergency button. I guess the buttons and press, they work.

0verLord, 27 May 2021Has anyone encountered the power button display has only Em... moreYEs mine too since I updated may o.s.

I am a Red Magic 5S user, I have updated for the new version 11. When red magic release it but too many bugs like it took 2 hours and 30 mins for my phone to full charge. Also the type c cable plug is heating up that is not normal. Before I updated to the new o.s. everything is fine. So don't update your O.S. to many bugs.

Hello, I am Streamer with partner program on trovo live, I bought Redmagic 5S phone 3 months ago then I use it in my streaming playing games PUBG Mobile and the problem is last week I update in latest version of the system NX659J_EUCommon_V7.57 the issue is when I open the the game the sounds is there but when I set up to my streaming App the sounds was gone of the game (internal Audio) even my teammates they cannot hear me in the game. what happened to the latest version upgrade?. I did factory reset, and uninstall the game and the stream App but still no sounds and the stream always end because stream App can not captures the internal audio and the mic audio. I hope they can fix it in ASAP because my streaming was already Stops because of this issue in my Redmagic 5S.

Has anyone encountered the power button display has only Emergency Icon only, at the top left corner of the display.

gamebored, 20 Oct 2020I got this phone for a month now and all I can say is this ... moreI was about to buy Red magic 6 but I'm unsure because of overheating issues reported.
Should I go for this one? it's still worth it? :'c

As a PHONE, ate there any issues / gripes / little unique issues with the hardware / software to be aware of?
If so, do these make it a pain in the &ss and negate the worth of having such high end gaming capabilities?

Is this phone still worth it now that RedMagic 6 will come out anytime this week/month?

Anonymous, 02 Feb 2021Hello, do phone got software bugs as nubia 5g ?, I seen man... morethe phones current update is stable, it works on the 5G device too.

depending on your region. up date to the US/Asia verison 8.12 or EU version 7.15 both are made for 5G or 5S device, and both are quite stable. only PUBG magic moments does not work.

Anonymous, 02 Feb 2021Hello, do phone got software bugs as nubia 5g ?, I seen man... moreI'm guessing that no one really care about software update when buying this phone.

Hello, do phone got software bugs as nubia 5g ?, I seen many bad opinions about red magic 5g but what about 5s, I would be interested if some1 would answer who have phone at least 1-3months.....

I'm about to buy one. All reviews seem to be fine with me. One thing though- is the screen HDR10 or HDR10+ (or none)?