The Red Magic 7 Pro uses a slower 120Hz 6.8-inch AMOLED display but boasts the same features as the non-Pro version. It has the HDR10 and HLG certification and offers a 720Hz touch sampling rate with several fingers. 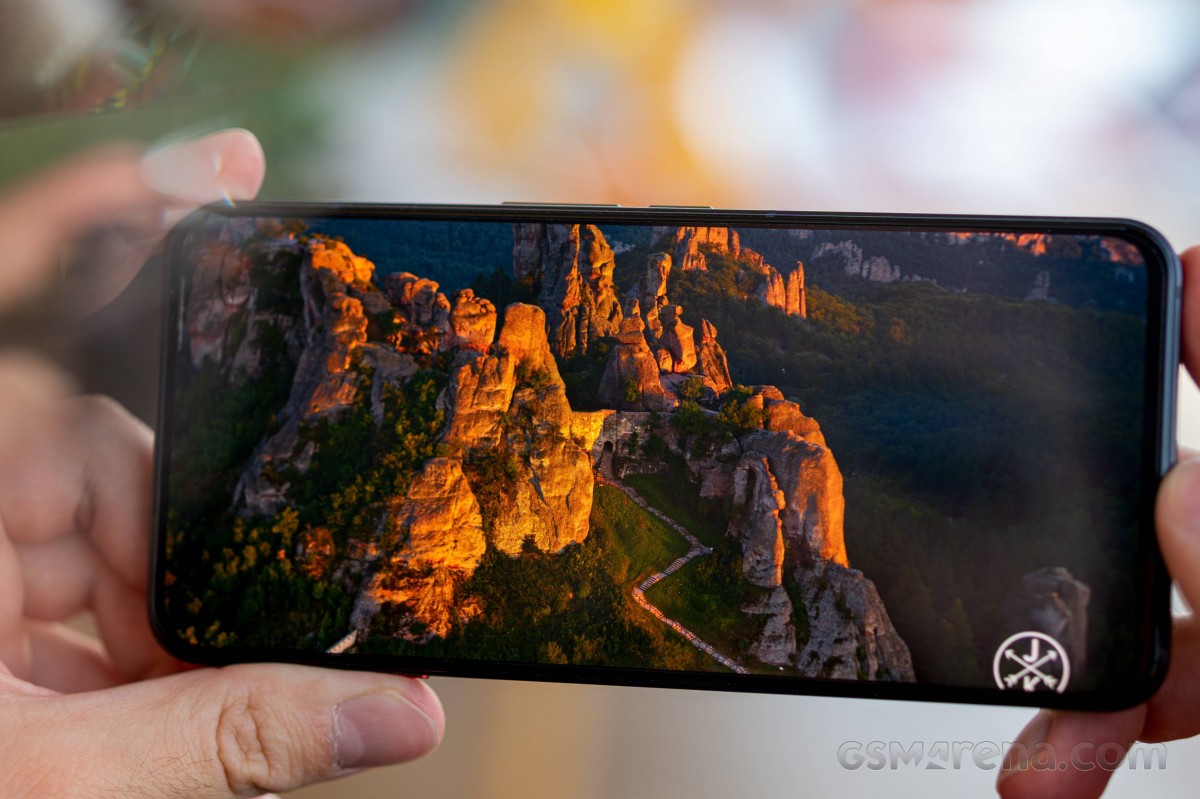 Yet again, nubia fails to introduce a boost in display brightness when the display operates in Auto mode. In manual mode, the panel can do 447 nits, which is not nearly enough for comfortable outdoor use, and it's far from the advertised 600 nits. Today's flagships comfortably push through the 1,000 nits ceiling, and even the standard Red Magic 7 can output almost 100 nits more.

Color accuracy, on the other hand, is the best we've measured on a Red Magic phone. At least if you use it in sRGB mode. You can hardly notice the blue-ish tinge on the bright white, while grays are pretty accurate. The average dE2000 is just 1.5, while the maximum is 3.9. Those are some impressive metrics, but this mode limits the brightness even further at just 410 nits. So if you are okay with the blue-ish whites and grays, use it with the default color preset.

The only smart adjustment the system applies to the refresh rate is when you are watching full-screen videos. Only then the system limits the refresh rate to 60Hz instead of going all the way up to 120Hz. The maximum refresh rate is ensured across all system menus and most of the apps. We've played around with one of the most commonly used and found that Chrome and Instagram, for example, are locked at 60Hz, even when 120Hz is enabled. The default Gallery app is also locked at 90Hz, even when watching full-screen videos.

One would expect that the Red Magic 7 Pro, which holds a 5,000 mAh battery, has a little longer battery life than the 4,500 mAh-powered vanilla version. That's not what our tests show, however. There seems to be an issue with the standby and web browsing runtimes. They are both considerably lower than the ones we got with the Red Magic 7. 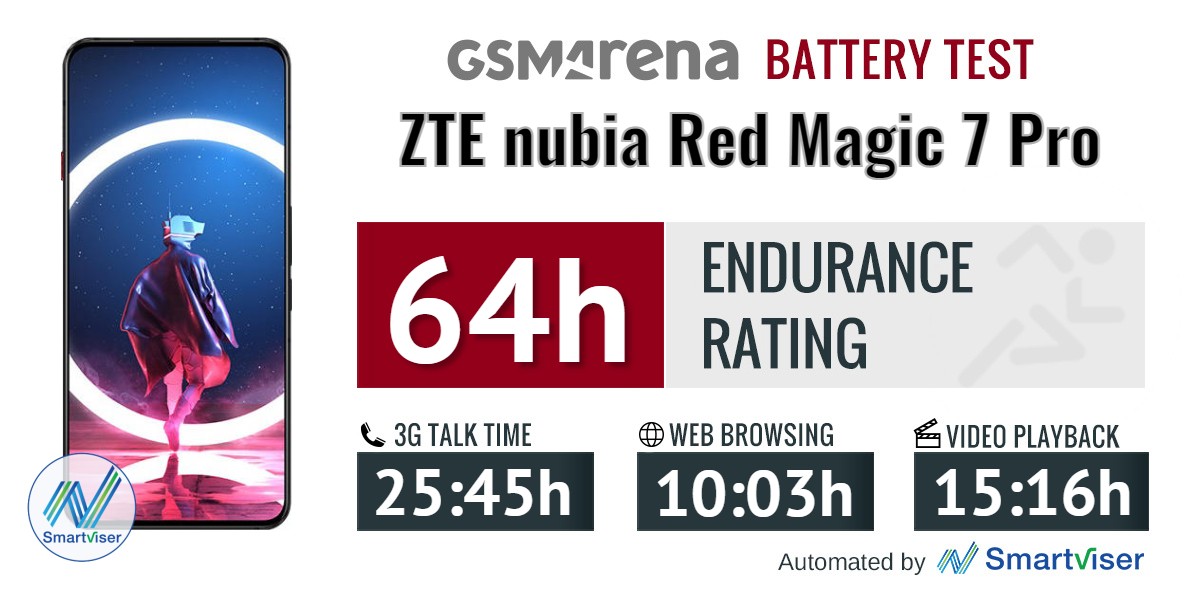 There's no apparent reason for these results as both handsets share the same hardware and software. Sure, there's a difference in the display panels (one is 165Hz, and the other one is 120Hz), but the inconsistencies are across all tests, including the 3G talk time. The two devices scored the same 25h talk time too.

This leads us to believe that there's a software issue that, once fixed, should have the standby battery drain sorted out and potentially improve the screen-on tests as well. At least the video playback test returned a solid 15h score.

The Red Magic 7 Pro charges faster than its more affordable sibling, even though it carries a bigger battery. The 5,000 mAh unit was able to charge from 0 to 100% in just 28 minutes using the same 65W Power Delivery 3.0 charger the other phone uses. The vanilla version of the device has a 4,500 mAh battery and charges 10 minutes slower.

As before, running the cooling fan during charging didn't change the final result; it only barely reduced the surface temperatures.

The non-Pro model features a standard stereo loudspeaker setup with the earpiece doubling as a secondary loudspeaker, whereas the Pro version has two dedicated speakers placed on the bottom and top of the side frame. The main advantage of such a setup is balance, but we can't say that this implementation is well-balanced. In fact, the left (top) speaker sounds borderline muffled while the right one (bottom) contributes to the overall loudness the most. Speaking of which, the -22.6 LUFS score is enough for an "Excellent" score in loudness, and it's also good enough to put it among the loudest devices on the market.

Sadly, in addition to imbalanced sound, the highs and mids start to "ring" at higher volumes. Distortion is apparent, so for optimal sound quality, we suggest keeping the volume a few clicks away from the maximum. Bass and overall fullness are great, though, throughout all volume levels.

"There's no apparent reason for these results as both handsets share the same hardware and software." Maybe the under display camera contribute to such a subpar rating. After all, the vanilla RM7 don't have it while having a ...