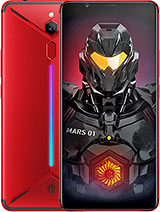 Anonymous, 04 Jun 2020Between black shark 2 and this phone which one is better. I... moreThe battery in this phone is GREAT!! I use Google maps daily with my job and i feel like i never have to charge my phone!

Between black shark 2 and this phone which one is better. I really want to know because there's lack of information of this phone on the internet. How long does the battery last, how much time it takes for charging, does it support nfc and can it be upgraded to android 10

maher, 03 May 2019does the setting and most of the software is stock android ... morewhich one you prefer ? equal price, sd845
Iqoo Neo
Red magic mars

maher, 03 May 2019does the setting and most of the software is stock android ... moreis google play service support by default
or is not
&
a way to install it

Anonymous, 29 May 2019otg supported?it's default, not an option. dont worry

Snaqpants, 18 Mar 2019There are plenty of screen protectors, cases on eBay for th... moreWhats its price?

Anonymous, 21 Mar 2019i have the red magic mars..it can play game non stop and do... moredoes the setting and most of the software is stock android ? bescouse i have mi a1 and nokia 7 the both are android one stock and the both have wifi issues like always disconnecting from current wifi.when u open the wifi at first 5 seconds its connected but no internet then it connects and download speed is very very slow than other phones i noticed that is common issue in android one phones

Ebenmosi, 07 Feb 2019does this phone have a global version, because i keep check... moreGo with chinese has more features

It phone has poor support. The global rom is mediocre and it isn't complete. The China rom has more setting options, gestures etc etc but the patch of security still is on December 28 global rom like China rom. The support is less than poor and now them want launch red magic mars 3 for me this company is dead. The first and last time that I buy a nubia phone.

MujiBro, 02 Mar 2019hi bro..do you have red magic mars right? i like that coz t... morei have the red magic mars..it can play game non stop and doest over heat like oneplus 6 and blackshark..its just a little bit warm but if you play too long..
the battery,i can give 9 over 10..i can play a pubg at hight graphic,hight performance,highest brightness for 47 min and its just drop 3-4 %..so its good.
the fingerprint and faceunlock are insanely fast...but the faceunlock insane fast but its need enough light...

There are plenty of screen protectors, cases on eBay for the global version. If you're upset about the camera, download the Google night sight apk that's not in the play store. I used the Poc 1 camera apk. It works great. Camera now hold up with the best of them. There's a second speaker at the top, but it's quiet. Sounds is still good though. Not as good as some of LG's phones though. Worth the money. It's potentially not as good as the Mi 9, but there's drawbacks to that phone, same as this one. The benchmarks for the red magic are still second only to the S10 at this point of submitting this. This phone is as good as it gets for this price. Go ahead and get it

MujiBro, 02 Mar 2019hi bro..do you have red magic mars right? i like that coz t... moreI don't game for hours at a time so I can't comment. I can say under heavy load over time the cooling system seems to work.

It does have Google play. I have the USA model and I know that the software can vary by region. I would think unless you are in China or buy the model with the Chinese ROM you should be okay.

Performance is very good. I have a Samsung Galaxy S10+ and performance is on par. Obviously the biggest drawback is the LCD panel. It is good but Super Amoled is so much better.

One drawback is a lack of cases and third party screen protectors. I bought a case from Red Magic and it was for the previous version and rather flimsy. ZTE is notorious for bad software support so that is anyone guess.

However, despite any drawbacks I still think it is a great value and I enjoy using the phone.

Zuhayr86, 19 Feb 2019Nubia red magic mars now sales in Malaysia. I am use this p... moreI bought the red magic mars 3 weeks ago. It absolutely does have stereo speakers. The second speaker is the earpiece. They sound great. Better than any phone I've heard. Including the latest iPhone. Stop spreading lies

Liv , 03 Mar 2019There's only 1 problem with this phone. The camera on both ... moreAbsolutely not! I'm not a photographer but obviously take pictures. I find the camera app second to none. The actual camera is pretty decent too. I really don't think the average person will have any issues. Hell the average photographer. If you want 5+ cameras buy a huawei p20 or a Nokia whatever

snusmurka, 24 Feb 2019I can decrypt his comment, guys: He says, that the softwar... moreThe camera software is amazing! The best I've seen. Completely professional. Tons of options. White balance, shutter speed, plus a ton of other options I don't completely understand because I'm not a photographer. If I ever purchase another non nubia device. I'll go to the ends of the earth to install this camera app

Technerd108, 22 Feb 2019ZTE has made a solid effort with this phone. Why would they... moreSolid review. I pre-ordered and received the skin with the headphones. There isn't another phone on the market I would rather own. If anyone is thinking about buying this device.. Stop thinking and do it! Supplies are limited. I promise you won't regret it

I guess ZTE's intention was to make this device also Verizon compatible. So, they just missed the LTE band 13?