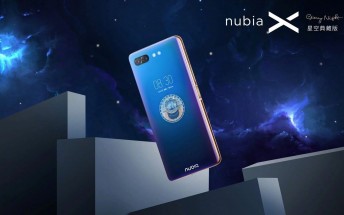 ZTE got back in the smartphone game after tough first half of 2018 with the dual-screen nubia X. It was initially introduced with two storage options - either 64 GB or 256 GB. Today Chinese sources revealed the device is getting a third variant called Starry Night with 512 GB room for all the data and a massive price hike. 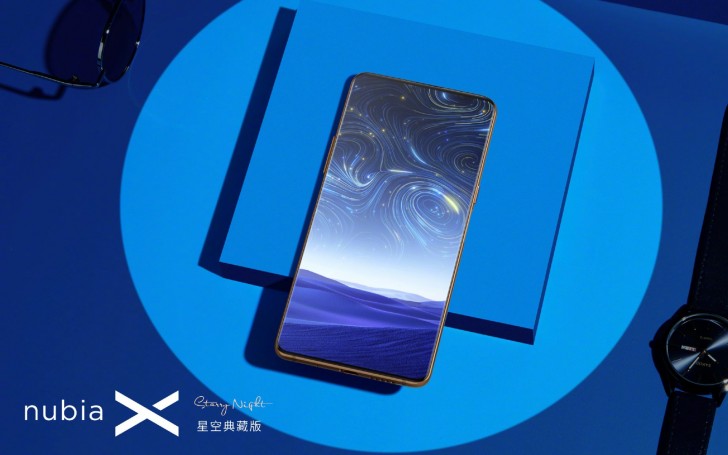 Aside from the storage, nothing else is changed in the nubia X - primary 6.26 LCD panel with Full HD+ ratio and a secondary 5.1 screen on the back with HD+ resolution, both with a 19:9 ratio and no notches whatsoever. There is only one camera setup - the back panel has 16 MP + 24 MP snappers and dual LED flash. 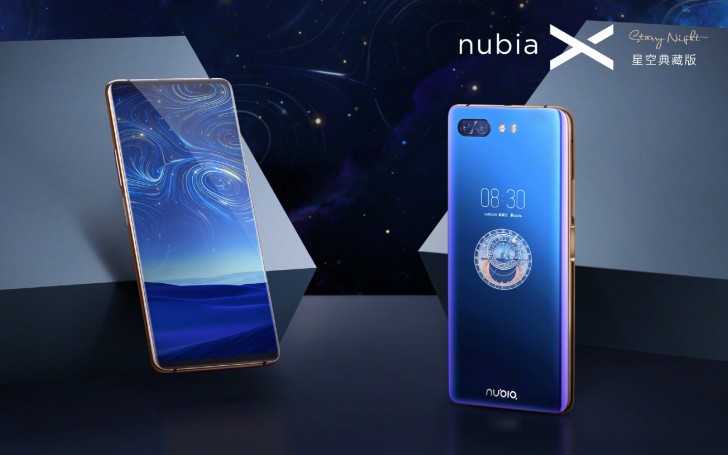 Another neat feature is the two fingerprint scanners, but they are not under the display - one is on the right below the power button and the other on the opposing side next to the volume keys.

Pre-orders have begun, but actual market launch plus shipments are scheduled for December 24. It can be purchased from all major online and offline retailers, including JD.com, Suning and TMall.

ZTE wants to do display holes for the earpiece now

We already did. See Smartisan R1. Only phone with a TB of storage.

Well this phone looks gruesome. Long time not seen such a beautifull phone. Most other brands cant compete at all.

Could be the best-looking phablet on the market, but really wish they would make a phone version.

Unreleased Realme confirmed to be real, sadly not coming out