Right on schedule, ZTE has made the nubia Z11 Max official today. It's the second device in the Z11 series to be unveiled, following the Z11 mini. Now the only rumored member of this family that hasn't yet been outed remains the Z11. 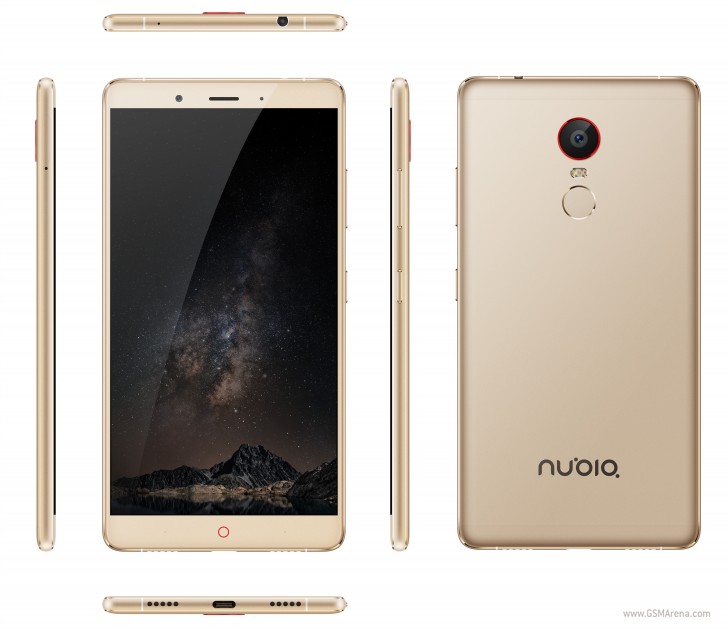 Powering the handset is Qualcomm's Snapdragon 652 chipset, which boasts 4 Cortex-A72 cores clocked at up to 1.8 GHz and 4 Cortex-A53 cores that go up to 1.4 GHz, all eight in a big.LITTLE configuration. The Adreno 510 GPU is in too. RAM is 4GB, while built-in storage is 64GB, though expandable through microSD.

This comes with the famous footballer's profile laser-etched onto the phone's back, alongside his autograph. You also get some free gifts such as Cristiano Ronaldo wallpapers, a Ronaldo protective case, and a selfie stick, and the whole special edition package will set you back CNY 2,299 ($349 or €307).

The nubia Z11 Max could turn out to be a fierce competitor for Xiaomi's Mi Max, though it is smaller than that 6.44" device. Specs are pretty similar on the other hand, as is the pricing.

I agree that I still prefer the headphone jack, instead of just bluetooth. This way I do not need to worry about the headset battery. Most cell phone companies are going toward losing the jack and sd cards. They figure everyone will use bluetooth for...

It doesn't have a 3.5 mm headphone jack and no micro sd card support,h hence its useless for me . 5.5 is still a little too big

look at LeEco Le2 launched in india with SD652 which has 5.5" display.