Earlier this week ZTE teased a smartphone with a dual-camera setup, the first in the nubia family. Latest leaks reveal that this probably won’t be the nubia Z17 and hint that ZTE might announce more than one device. 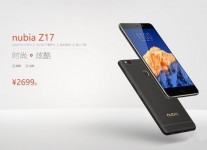 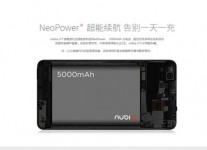 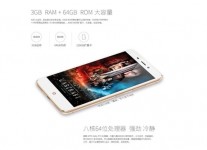 On these images, you can see that nubia Z17 will have only one camera on the back along with a snapper on the front. There is no fingerprint scanner on the front - it is placed on the back, so this earlier photo is likely not the Z17.

The battery will be 5,000 mAh which isn’t a first for nubia - the nubia N1 has the same one. Another info that can be read from these screenshots is the 3 GB RAM coupled with an octa-core 64-bit processor.

The nubia Z17 will reportedly cost CNY2,699 or about $390. All specs and details should be revealed at the event ZTE scheduled on March 21.

5000 mAh and ZTE pairs it up with a low-to-mid range SoC? I can't wrap my head around the fact that companies still do this continuously.

That is pretty expensive for those specs considering the Chinese price.

Thanks for sharing, but why it is named ZTE Nubia?