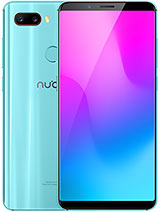 Sem, 13 Apr 2019Does it have split screen function?Yes

Does it have split screen function?

Peter M. , 31 Dec 2018I ve had this phone for 6 months now and the Chinese rom ai... morePhone has been released nearly a year now, so looking unlikely it will ever get a proper rom

Such a shame as I think these ZTE phones could be better then Xiaomi with decent software.

I ve had this phone for 6 months now and the Chinese rom ain't cutting it! Please for the international global rom, pleaseeeeeeee!

NoamG, 19 May 2018You are complaining about a missing micro sd slot, but in t... moreYes, the info is incorrect!
there is no possibility to insert the memory card instead of sim2, unfortunately!

This could have been better if its screen size is just around a 5.2"-5.5" for a more compact phone. Hopefully they release a global version for this in android one would be great

[deleted post]Lol I think it is you that might be the mentally challenged one here. Three years ago a phone with a 5.7" screen was considered to be gigantic. "Mini" phones usually had 4.5"-5" screens, as evident with the Sony Xperia Compact series.

You clearly are new to the smartphone world so next time do some research before making fallacious assumptions.

Back when a "mini" 5.7 inch screen would be considered a giant phablet ;-;

[deleted post]One year ago , you would have size of phone 160mm with 5,7" be happy that it is only 148" I think that it is very good size for that big screen.

This is perfect if your after a reasonably sized phone.

Has everything I need except a global rom. Come on Nubia.!

If this had an Android One version released globally, it would easily wipe the floor with the Mi A2. It's a shame this will most likely remain China exclusive. But honestly, even if an international version wouldn't be Android One, I'd still buy one for myself.